Prior actions amendment bill tabled in Parliament on Wednesday

The Alternate Minister of Justice Dimitris Papangelopoulos defended the controversial off-shores amendment, explaining that the… 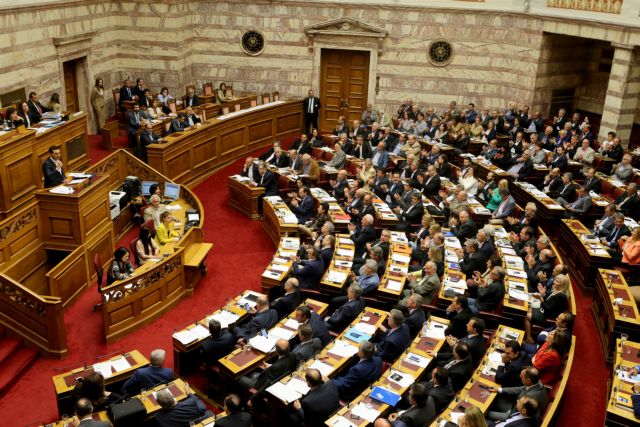 The Alternate Minister of Justice Dimitris Papangelopoulos defended the controversial off-shores amendment, explaining that the reform was recommended by GRECO and accused the opposition of maintaining a hypocritical stance. The explanations however did not convince the main opposition party, which left the debate.

Mr. Papangelopoulos stated that he is aware of many outside the government who own or participate in off-shores and stressed that the new amendment will bring a complete ban. He also challenged the opposition parties to support the amendment, in order to see how many will rush to declare an off-shore.

The President of Parliament Nikos Voutsis announced that a bill containing amendments to the recent omnibus bill, which is necessary in order to finalize the bailout review, will be discussed on Wednesday and Thursday in Parliament.

Furthermore, Mr. Voutsis informed the other Parliament Presidents that the growth law will be submitted by Wednesday morning so that it may be tabled and debated by Friday.

In relation to the EKAS benefit, Economy Minister Giorgos Stathakis noted that it will be covered by the national pension and underlined that the issue regarding retroactive deductions will be resolved without pensioners suffering any losses.