The evacuation of the informal refugee camp at the northern Greek town of Idomeni began early on Tuesday morning, with major… 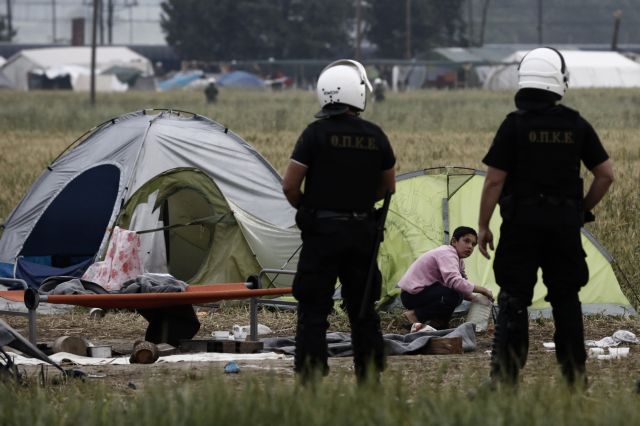 The evacuation of the informal refugee camp at the northern Greek town of Idomeni began early on Tuesday morning, with major police forces standing by. The entire police operation is expected to last about a week. Jounalists and volunteers have been blocked off from the area.

Buses have also arrived in order to transfer the refuges to hospitality centers in the north of Greece. Shortly before 11am it was reported that 23 buses have left the makeshift camp with a total of 1,100 refugees. The spokesperson for the Refugee Crisis Management Coordination Body Giorgos Kyritsis reported that six former industrial areas in Thessaloniki will be used to house about 6,500 to 7,000 refugees.

At present there are about 8,500 migrants and refugees at Idomeni, however Mr. Kyritsis estimated that additional space will be provided. The newly-appointed MP explained that the evacuation operation will be complete within 10 days, so that it is a gradual process, rather than a violent, sudden operation.

The first phase of the operation is to transfer the refugees away from Idomeni, with the second being their allocation across the country. Mr. Kyritsis also stressed that relocation to other EU counties will also begin soon, adding that a recent European Commission report urged for an expedition of these procedures.