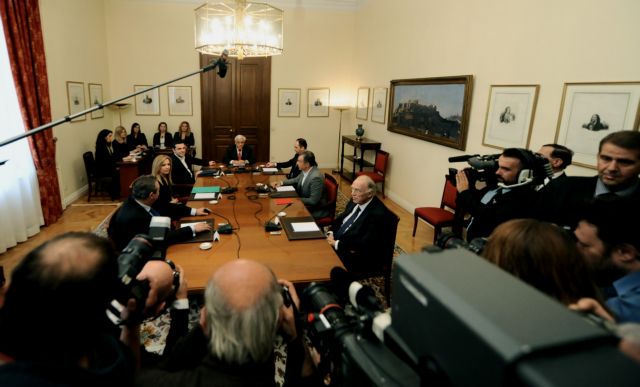 The President of the Hellenic Republic Prokopis Pavlopoulos will preside over the council meeting of political leaders that has been arranged fro Friday, ahead of Monday’s critical EU summit.

The Prime Minister Alexis Tsipras will present the coalition government’s positions that he intends to elaborate upon at Monday’s meeting in Brussels, while asking for support domestically.

One of the main aspects of the Greek position is that any solution for the refugee crisis must be within the framework of the European Union. This means that the PM will demand that all member-states participate in the proportional distribution and relocation of refugees, rather than on a volunteer basis, depending on the population and financial abilities of each member state.

Furthermore, the Greek side will demand that the measures be taken to expedite the relocation of refugees and establish a resettlement mechanism for refugees in Turkey. Additionally, the European Commission’s emergency humanitarian aid fund must be approved.

In order to cope with the new circumstances in Greece, the government has announced the formation of a coordinating center for the management of the refugee crisis, which will operate under the supervision of the Alternate Minister of National Defense Dimitris Vitsas.