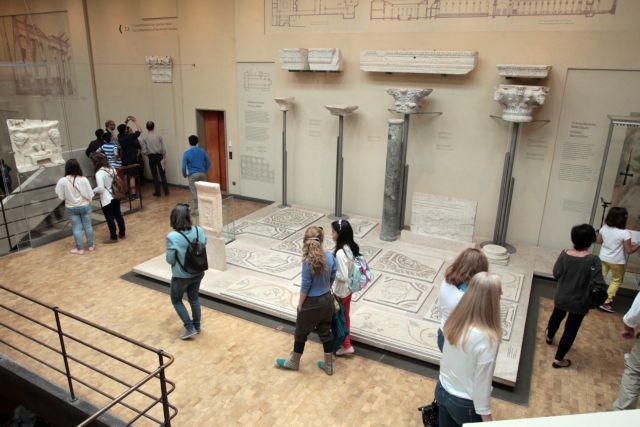 The nationwide association of guards (PEYFA) has temporarily suspended its decision for its members to abstain from work over the weekends and holidays. As such, museums and archeological sites will operate as normal starting from the upcoming weekend.

Earlier, the guards called the strike action in response to the legislative provision included in the recent government bill on payrolls, which abolishes the overtime paid in their sector.

The decision to temporarily suspend their strike action came after a meeting with the Minister of Culture Aristides Baltas and the Alternate Minister of Interior Christos Vernardakis, who committed to restoring the 25% bonus as soon as possible to guards and cleaning staff.