Refugees to be relocated to hockey stadium for three months 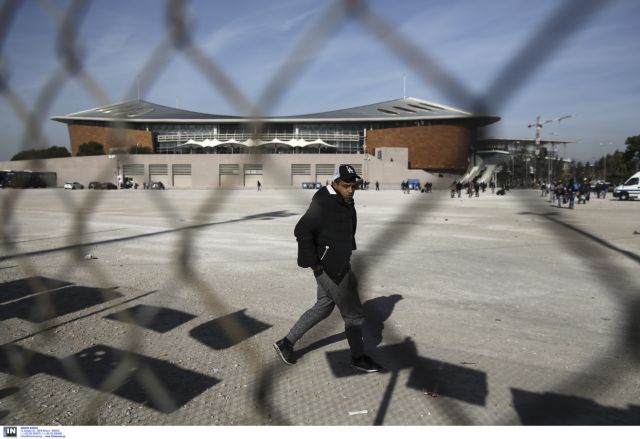 The former Olympic hockey stadium in Elliniko will be used to set up a temporary camp where refugees will be able to stay for three months, following an agreement between the Alternate Minister of Migration Policy Yannis Mouzalas with the mayors of Glyfada, Elliniko-Argyroupoli and Alimos on Tuesday.

Maintenance and cleaning of the camp will be handled by the Elliniko SA firm, while catering costs will be assumed by the Ministry of Migration Policy and implicated municipal authorities. The police will also be in charge of security. The refugees and migrants who are currently housed at the Tae Kwon Do stadium in Paleo Faliro will be transferred on Thursday or Friday.

According to the joint statement that was issued following the meeting, the “fertile and exhaustive debate” resulted in a “mutually accepted solution that addresses the temporary housing of refugees and migrants at the former Olympic hockey facilities in Elliniko, while ensuring and securing the lease possible burden on local residents”.

The camp that will be established at the hockey stadium will be able to accommodate about 800 people. After the three-month period, the stadium will be returned to Elliniko SA and privatization fund TAIPED for further development.