Critical vote on 2016 budget to take place on Saturday evening

The critical budget for 2016 is currently being debated in Parliament, with a roll all vote scheduled to take place late on Saturday… 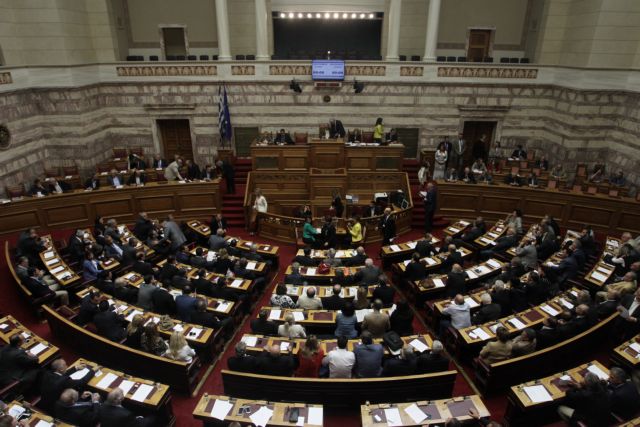 The critical budget for 2016 is currently being debated in Parliament, with a roll all vote scheduled to take place late on Saturday evening. With the coalition government currently numbering 153 MPs, the Prime Minister Alexis Tsipras is hopeful that he will survive Saturday’s vote unscathed, in order to face the serious votes in Parliament that have yet to come.

As such the 2016 is essentially a vote of confidence for the coalition govenrment, which will be called to legislate on a number of of cover controversial issues, such as the reforms in the pension system and bankruptcy law and the partial privatization of DEI.

So far the debate in Parliament has focused on the PM’s failed attempted to reach a consensus with the leaders of the other parties, with the government and opposition parties having begun a blame game. New Democracy’s Kyriakos Mitsotakis accused the government of “not seeking a consensus, but accomplices” and suggested that the SYRIZA-led government would soon give way to “another consensus of dignity and excellence”.

The Democratic Alignment’s Kostas Skandalidis also underlined that the recent council meeting that was called was a mockery and ridicule of the institution. He also stressed that the government cannot ask for consensus, when at the same time it is criminalizing the country’s political world and underlined that nobody has the stature to help Greece overcome the bailout.

In response, SYRIZA MP Konstantinos Barkas countered that the people voted for his party so that country can finally exit the crisis and “not to restore the old political system that destroyed it”. The Alternate Minister of Finances Tryfon Alexiadis accused the opposition of lowering the bar in the political debate in Parliament and underlined that aside from accusing the government of reneging on its election campaign pledges, the opposition has not submitted any proposals.