FYROM intends to extend fence on border with Greece to 40Km

According to military and police sources in FYROM, the government in Skopje is intending to extend the fence it has set up on… 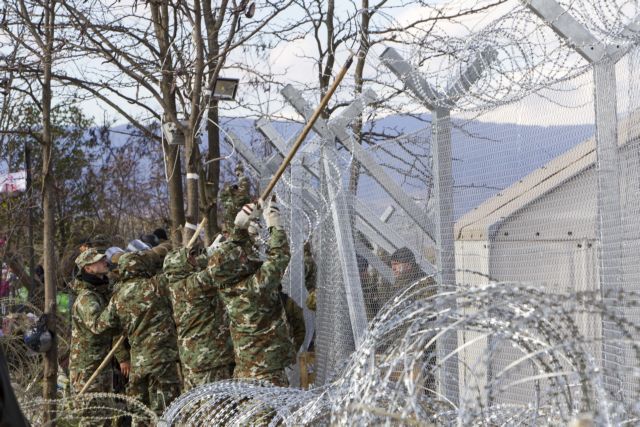 According to military and police sources in FYROM, the government in Skopje is intending to extend the fence it has set up on the border with Greece to 40 kilometers.

On Saturday the Armed Forces of FYROM began setting up a wire fence in the neutral zone between Idomeni and Gevgelija,in an effort to create a main entrance point for refugees. At present the fence is 4 kilometers long, however the intention is to extend it to 40 kilometers to cove most of the borderline between the two countries.

Since raising the fence and limiting entrance to FYROM, on the so-called Balkan corridor towards central, western and northern European countries, tension has risen on the border, with the refugees and migrants on the Greek side growing restless and frustrated.

Media in FYROM is mostly supportive of the decision, while criticizing Greek authorities for being unable to contain the wave of refugees. The pro-government Vecer newspaper alleged that in spite of EU instructions, Greek authorities intentionally transferred to the border with FYROM “about 2,000 economic migrants, for whom the EU has closed its borders”.