Marietta Giannakou: “New Democracy is on the brink” 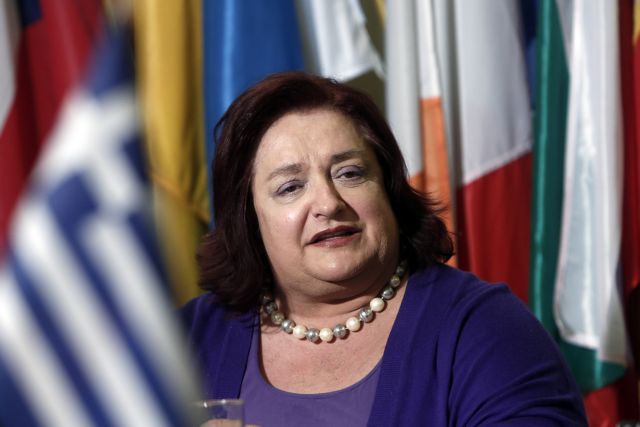 Following the fiasco regarding the postponement of New Democracy’s leadership elections that were scheduled for Sunday, veteran party member Marietta Giannakou commented that the party is “on the brink”.

Mrs. Giannakou appeared on Mega Channel on Monday morning and expressed her disappointment over the dramatic developments. When asked about the proposal submitted by Kyriakos Mitsotakis – namely that she be appointed interim president – Mrs. Giannakou responded that she would only do so if all candidates and institutional bodies agreed.

Furthermore, Mrs. Giannakou stressed that the party elections must be carried as soon as possible and called for the party’s Parliamentary Group to convene and discuss the matter, given that it is the “number one” party institution.

Regarding the possible involvement of former party leader and PM Kostas Karamanlis, Mrs. Giannakos commented that she broached the issue earlier in February, however Mr. Karamanlis does not have any such intention

Voridis: “Meimarakis has political responsibility for the fiasco”

In relation to postponement of the elections, New Democracy’s Makis Voridis spoke of an “incredible failure and incompetence” adding that he was deeply disappointed over the development. Mr. Voridis stressed that the party elections should be carried out as soon as possible, even next week.

Mr. Voridis underlined that the current provisional party leader Evangelos Meimrakis and party secretary Andreas Papamimikos – who was responsible for the election process – have not yet apologized for the fiasco. Mr. Voridis argued that the provisional leader Mr. Meimarakis was politically responsible for the postponement and commented that friction was caused due to him also being a candidate. He estimated though there was “no political treachery” at play.