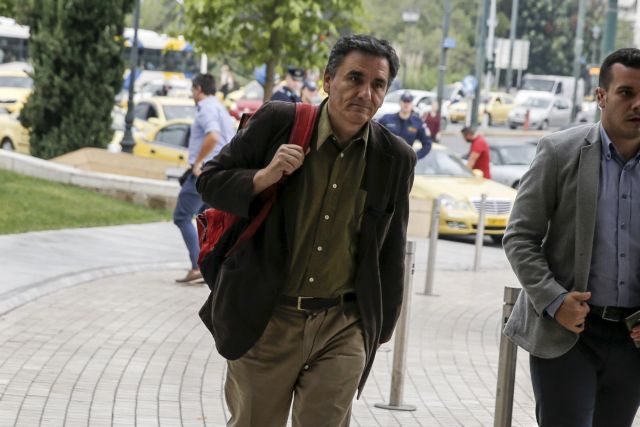 The controversial introduction of a VAT rate in private education and auctions of primary residences are a source of major disagreement between Greek authorities and its creditors.

According to a diplomatic source with knowledge of the meeting between Athens and its creditors who spoke to To Vima, it is possible that the bailout program review will be ‘disconnected’ from the recapitalization of Greek banks. This, according to the source, is supported by the European Central Bank and the International Monetary Fund, but not Germany yet.

The source further commented that new prior actions will be demanded, while the institutions will make a statement declaring that sufficient progress has been achieved in the review and that its successful conclusion is visible. With time running out and demands increasing, the source stresses that it will be difficult for the review to conclude by the end of December or early January.

The bailout agreement indicated that Greek authorities will generate 240 million euros from private education, however the introduction of a 23% VAT rate has proven highly controversial. As such, the government counter-proposed a scaled rate: 0% for nurseries and kindergartens, 6% for private tutoring and vocational training schools and 13% on private schools. This plan would result in 150 million euros worth of tax revenue, 90 million euros short of the initial plan.

A European Commission official responded that there cannot be reduced tax rates in education and told Greek authorities that they must decide to either abolish the VAT in private education altogether or introduce a 23% flat rate. A senior Education Ministry official commented that the government “trapped itself” with the 240-million-euro revenue target and added that there was “no chance” of a 23% rate.

On his behalf, the Minister of Finances Euclid Tsakalotos explained that this issue must be addressed in the immediate future, with the creditors expressing their concern that the delay is affecting the recapitalization of the banks.

Meanwhile, the 23% VAT on private education has technically come into effect, since a government order to temporarily freeze the measure, until a solution can be found, has expired.

Meanwhile, the government and creditors are also disagreeing on protection from auctions of primary residences. Should the current legislation be abolished and creditor proposals come into affect, Athens claims that only 17.3% of homeowner with “red loans” may lose their home, while the Greek proposal will protect 72.4%.

The main creditor pressure came from the ECB’s Rasmus Refer and IMF’s Delia Velculescu, who argued for only homes valued up to 120,000 euros to be protected. Earlier the creditors suggested that protection should only be afforded to primary residences with a value of up to 60,000 euros. Specifically the creditors argued that protection must only afforded to single homeowners with an annual income of up to 8,180 euros, 13,917 euros for couples and 16,000 for families (with 3,350 for each child, up to three children).

Athens responded that protection must be provided to residences with a value of up to 325,000 euros, namely 200,000 euros for singles, 250,000 for couples and an additional 25,000 for each child, up to three children. The Greek government also disagreed on the income criteria, adding that the threshold for protection for a family must be 35,000 euros. The two sides also disagree on the extent of debts, with Athens pressuring for 200,000 euros, while the creditors want protection only for debts up to 120,000 euros.