Pavlopoulos: “As a people, we know how to welcome refugees” 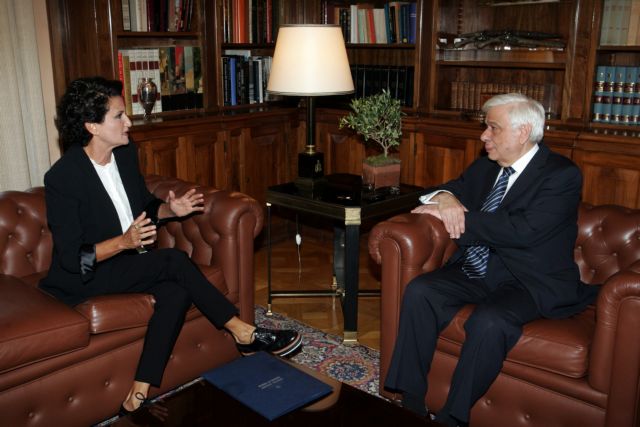 The President of the Hellenic Republic Prokopis Pavlopoulos received the caretaker Minister of Tourism Alkistis Protopsalti and stated that “as a people we know how to promote our tourism and host all those who love Greece to enjoy their vacations, just as we know how to respond to all those refuges, who arrive here because they want to live as human beings, to escape the flames of war”.

Mr. Pavlopoulos expressed his hope that European and western values will mean that Europe will not abandon Greece to deal with this major problem, while underlining his estimation that it necessary for major powers – such as the USA and Russia – to realize that the war in Syria cannot carry on.

“Because, if the war does not end – and it is in their power to end this war – then from here on it will not just be a problem for Europe. It is a problem of humanity, a problem of protecting man” he explained and further argued that “the West has a duty to understand this and solve this problem at its root”.

Mrs. Protopsalti on her behalf reported that there was a noticeable increase in tourism, particularly in the first half of the year when it was 20% up compared to the previous year. She also expressed her hope that the foundations would be put in place in order to see tourist arrivals increase next season as well.