Meimarakis to focus on political stability and European course 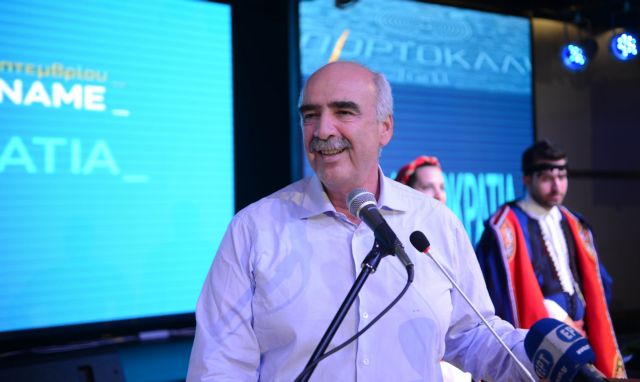 The provisional leader of New Democracy Evangelos Meimarakis will focus on the post-electoral political stability and keeping Greece on a European course at Wednesday evening’s debate.

Given the short election campaign period, there will be few opportunities presented to develop his rhetoric. Mr. Meimarakis is likely to focus on older interviews and statements made by SYRIZA leader Alexis Tsipras, in order to underline his mistakes and contradictions.

Although New Democracy’s provisional leader has been known to be spontaneous and make populist statements, he has been urged to adopt a more calm and relaxed attitude. Recent polls have shown his approval rating improve drastically, so he will be careful not to jeopardize these gains.

Mr. Meimarakis is expected to insist on his proposal for the formation of a broad coalition after September’s elections. He has also stressed the importance of SYRIZA participating in such a government.