Pappas argues that SYRIZA MPs must support agreement in Parliament

State Minister Nikos Pappas appeared confident of a mutually-beneficial agreement being reached with Greece’s creditors, while… 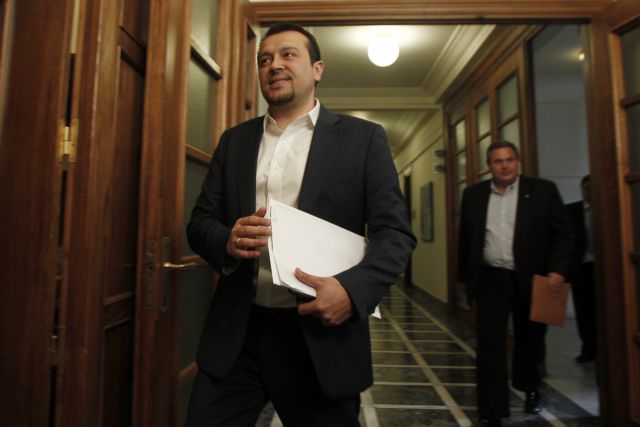 State Minister Nikos Pappas appeared confident of a mutually-beneficial agreement being reached with Greece’s creditors, while stressing that his party will “obviously” insist upon party discipline when the agreement is submitted in Parliament.

Mr. Pappas, who gave an extensive interview to The Press Project, explained that SYRIZA will insist that all of its MPs follow the party line when the agreement is brought before Parliament. He argued that it is not a “secondary bill or provision” and that it was important for the government to stand united.

When asked whether the government could rely on other party votes, should a number of SYRIZA MPs decide to vote against the agreement, Mr. Pappas responded that “the scenario where Mr. Tsipras becomes a ‘Papadimos’ is an undesirable scenario for democracy”.

In response, SYRIZA MEP Kostas Chrysogonos argued that “the threat of party discipline was not efficient in parties with professional MPs” and commented that should there be no parliamentary majority, in the critical vote, then elections are inevitable. He also noted that in order for an agreement to be possible, the creditors must give the Greek political system sustainable terms, which they have not done so far.