IMF: “No more funding for Greece until the review is complete”

The International Monetary Fund’s Poul Thomsen, who was the former troika representative in Greece, complained that the… 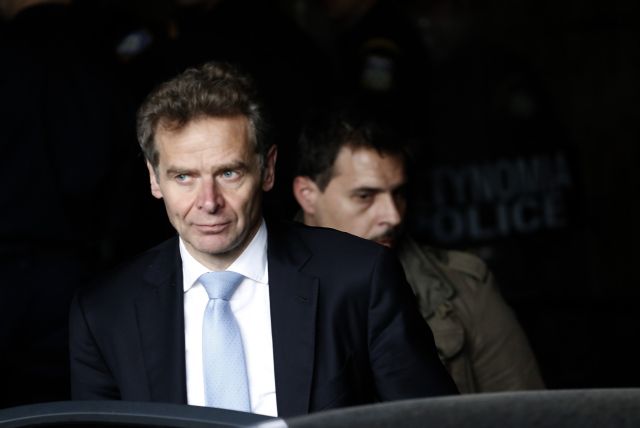 The International Monetary Fund’s Poul Thomsen, who was the former troika representative in Greece, complained that the technical experts of the Brussels Groups do not have access to ministers in Greece, while expressing his pessimism over the progress of negotiations.

Mr. Thomsen, who spoke to journalists for about an hour on Thursday, argued that while some progress had been achieved in the negotiations, they were on procedural matters, rather than the significant issues, which will in turn determine the provision of further financial assistance to Greece. The IMF official noted that the situation was “far from ideal”, but was welcomed the decision of Prime Minister Alexis Tsipras to take control of the negotiations.

According to Mr. Thomsen, there are two categories of issues on the daily agenda; issues where there is an agreement and issues where the two sides disagree. The IMF officer explained that there is an agreement on revising the VAT, tax administration and ‘red loans’ (bankruptcy law), but disagreed on labor relations, pensions, fiscal policy for 2015 and administrative reform.

The IMF is prepared to revise the primary surplus target for Greece, so that it is less than 3%, but Mr. Thomsen was unable to provide further details, as he claims that he did not have the relevant details from Athens. He also rejected media reports that he urged Greece’s European partners to accept a debt haircut, adding that there is no clear picture on the sustainability of Greece’s debt, since no studies have been conducted.

Mr. Thomsen asserted that the European partners could help Greece by offering some financing in exchange for the implementation of certain measures. He was quick to stress that the IMF would be unable to do so, without the completion of the bailout program review and a package agreement.