Greece-Cyprus-Egypt talks to be held in Nicosia on Wednesday

The trilateral summit between Greece, Cyprus and Egypt, which aim to further develop the economic, political, energy and… 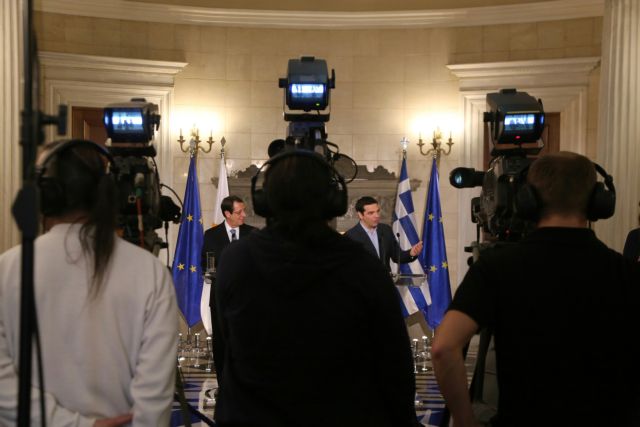 The trilateral summit between Greece, Cyprus and Egypt, which aim to further develop the economic, political, energy and diplomatic ties between the three, is scheduled to take place in Nicosia on Wednesday. Prime Minister Alexis Tsipras will depart for Cyprus on Tuesday afternoon, where he will meet with Cypriot President Nikos Anastasiadis and Egyptian President Abdel Fattah el-Sisi.

The meeting is expected to generate international interest, as it is the sole established diplomatic cooperation initiative in the Mediterranean, which may help balance the turbulent situation in the greater region. At first the three leaders will have bilateral meetings, before a trilateral meeting to address common issues.

Wednesday’s meeting will follow the summit that took place in Cairo in November, when the three countries decided to further strengthen their ties, while inviting other countries to join them in their initiative.

According to reports, the main topics on Wednesday’s agenda are energy cooperation, establishing EEZ, tackling terrorism and the jihadist threat, trade and political dialog. The Cypriot dispute may also be discussed, in light of the recent “elections” in the Turkish-occupied north portion of the island nation.

The three leaders are also expected to highlight the need for stability in the region and that their trilateral partnership may contribute towards this goal. Last week President Pavlopoulos travelled to Cairo, where he met with his Egyptian counterpart, while a few days earlier Cypriot President Anastasiadis visited Athens.