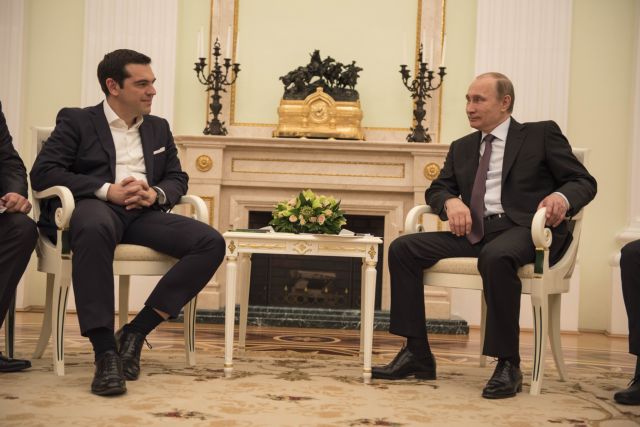 Although the Greek and Russian governments have praised the meeting between Prime Minister Alexis Tsipras and President Vladimir Putin in Moscow, the USA, German and international media consider the trip a “mistake”.

The New York Times claimed that the Geek PM’s trip to Moscow was part of Moscow’s “divide and conquer” strategy in blocking the implementation of further EU sanctions in response to the ongoing crisis in Ukraine. Similarly, the BBC commented that Greece has “played its Russian card”, but its European partners are beginning t lose their patience.

Likewise, in Germany Spiegel suggests that the talks in Moscow are part of the Russian government’s plan to mitigate the European Union’s hard stance, while pointing out that the Greek Prime Minister has criticized the EU’s sanctions over the Ukrainian crisis.

The USA has commented via a State Department official that the timing of the Greek PM’s official trip to the Russian capital was wrong. Similarly, the CDU’s Elmar Brock argued that while EU decisions have not been violated, any developments in Greek-Russian relations must be monitored carefully.

German MEP Rebecca Harms dubbed the meeting in Moscow “a big mistake” and that Mr. Tsipras’ visit created an outright pro-Russian and anti-European atmosphere. Similarly, the CSU’s Markus Söder and Marks Ferber have called Greece to not isolate itself over its ties with Moscow. Mr. Söder told Die Welt that Athens has its priorities wrong, while Mr. Ferber told the Augsburger Allgemeine Zeitung that Moscow wants to create divisions amongst the EU.