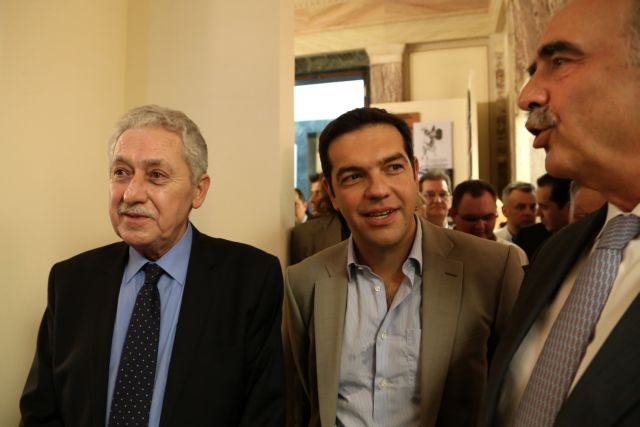 The leader of the Democratic Left (DIMAR) Fotis Kouvelis has confirmed telephone conversations with SYRIZA leader Alexis Tsipras regarding the possibility of post-election alliance.

The two leaders discussed the Presidential elections and the possibility of forming a coalition, with Mr. Kouvelis posing two conditions, namely that DIMAR explicitly maintains its autonomy and that SYRIZA agrees not take unilateral actions.

Mr. Tsipras appears to have willing to discuss the conditions in further meetings, following consultation with party officers. Nevertheless, the possibility has prompted strong reactions from both parties.

During a joint executive committee and parliamentary group meeting on Monday, DIMAR appeared split, with some concerned about their party’s autonomy, while others were uncertain about the alliance with SYRIZA.

The Democratic Left’s meeting concluded with a unanimous decision to vote against Presidential candidate in the next two votes, on the basis that “DIMAR is not willing to support the continuation of the coalition government’s dead end policies”.

The Left Network of SYRIZA has also expressed its reservation over the possibility of forming a post-election alliance with DIMAR.