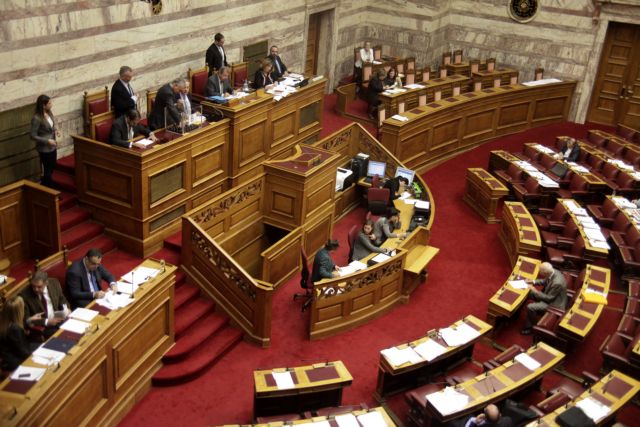 The opposition parties have rejected the proclamations for a national consensus that Prime Minister Antonis Samaras made on Sunday.

The main opposition party SYRIZA repeated its call for elections and the need for a new government. According to SYRIZA, Mr. Samaras has escalated his criticism on the opposition as he has realized that he cannot collect the necessary 180 votes.

SYRIZA criticized Mr. Samaras for promising positions in the government by expansion the cabinet and accused him of fearing the Greek people’s judgment.

The Prime Minister is struggling to secure the election of the President, in order to implement a series of controversial new austerity measures that the government has offered in exchange for the two-month bailout extension.

DIMAR: “The policies that have trapped society and the economy in a rut must end”

The Democratic Left responded negatively to the proclamations made by the Prime Minister on Sunday, stressing that a policy change is necessary to overcome the financial and social crisis. In its statement DIMAR also stressed that a progressive government is necessary.