On Sunday afternoon, the Prime Minister Antonis Samaras made a proclamation regarding the Presidential elections, in an effort… 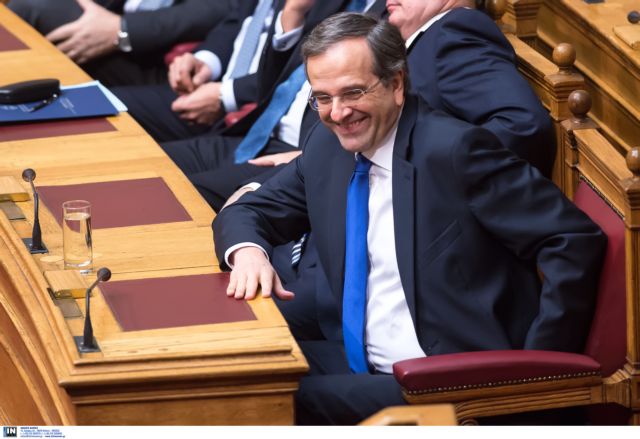 On Sunday afternoon, the Prime Minister Antonis Samaras made a proclamation regarding the Presidential elections, in an effort to avoid a political impasse, which has become more complicated due to the recent developments.

Mr. Samaras attempted to appeal to the independent MPs, as well as those from the Democratic Left and Independent Greeks who are considering voting for Stavros Dimas in the upcoming votes on the 23rd and 29th of December.

In his speech, the PM spoke of expanding the government with people outside of New Democracy and PASOK, with a European outlook. He also argued that the constitutional review must take place and hinted towards elections by the end of 2015, provided that a settlement can be reached with Greece’s creditors over the debt.

While the Prime Minister had consistently stressed that there was no chance of early elections, he faced a lot of pressure from New Democracy officers such as Dora Bakoyanni, Panos Panagiotopoulos and Makis Voridis, as well as Michalis Chrysochoidis from PASOK and a number of independent MPs. Mr. Samaras did not mention a date, claiming that the troika negotiations and constitutional review must first conclude.

Mr. Samaras also repeated his support for Stavros Dimas’ candidacy, in response to rumors suggesting that a different candidate would be introduced in the third critical vote on the 29th of December, in an attempt to sway wavering MPs. Nevertheless, a number of PASOK, DIMAR and independent MPs have openly suggested DIMAR president Fotis Kouvelis.