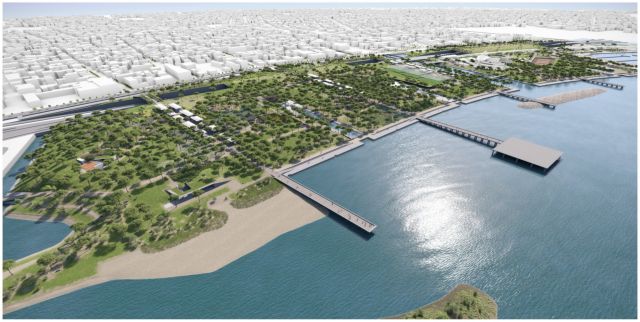 The European Commission recently rejected two major projects in Greece – the pedestrianization of Panepistimiou Street and the redevelopment of the Faliro Bay – however the Ministry of Infrastructure insists that there is nothing to worry about, claiming that it will resubmit the projects for the “new NSRF”.

Contrary to the Ministry’s claims though, sources from the European Commission not that the resubmission is anything but simple, considering that the projects have already been rejected. Furthermore, with the “new NSRF” having about 65% less funding, it would be difficult to prioritize the Greek projects.

However, there are many unanswered questions regarding the European Commission’s plans, which may require member states to provide additional funding. This may prove to be critical for the future of the two ambitious projects, since Greece may not have the necessary resources. Furthermore, as there is already 40% overbooking (1.5 billion euros of the budget) in the unified program of the Infrastructure and Environment Ministries, it will be difficult to set aside a budget for the two ambitious projects.