Schism between Venizelos and Papandreou grows 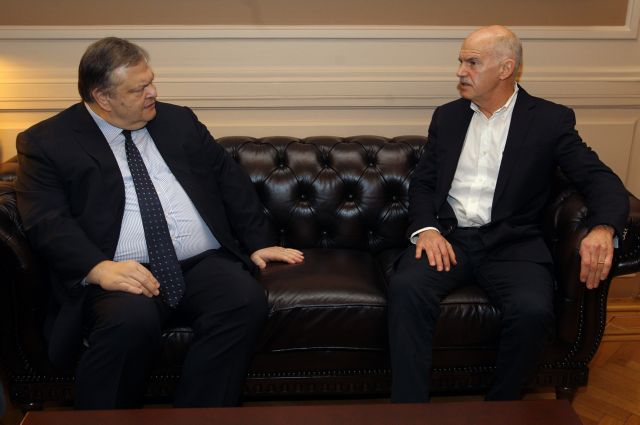 While the Thursday meeting between current PASOK leader Evangelos Venizelos and his predecessor Giorgos Papandreou is said to have been amicable, the former PM issued a statement calling for an immediate and open conference.

Mr. Papandreou extended the call “to everyone who is with PASOK today or not” and demanded the election of a new president from the party’s base, following the conference.

PASOK issued an official response to Mr. Papandreou’s open letter, accusing him of the party’s recent progress and drop in the polls, while stressing that party “was and will be the guarantor of national stability, which is also progressive”.

This development shows that the divide between the current and former PASOK presidents widens. Mr. Venizelos recently met with Mr. Papandreou and Mr. Simitis in an effort to galvanize party support ahead of a potential “Democratic Faction” conference.