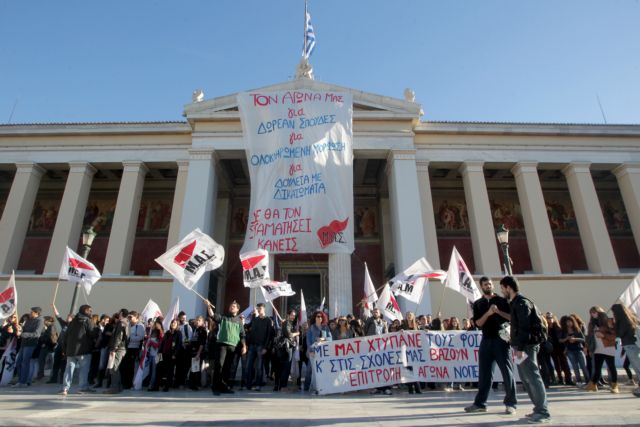 The controversial decision of the Rector of the University of Athens to introduce electronic voting has caused great controversy in the student body, with an increasing number of academic institutions being occupied.

According to the protesting students, the electronic voting system will essentially circumvent student associations and assemblies. The Rector, Mr. Theodoros Fortsakis, has denied that this is his intention.

Many universities are presently occupied in Athens, Crete and Patra, with more expected to follow as the situation escalates. Students have also organized a demonstration in down town Athens on Friday.

University of Athens on student transfers

Meanwhile, the University of Athens has stressed that it “will be unable to operate” if it is not supported with further funding, administrative employees and teaching staff. The University has also demanded that strict criteria on student transfers be put in place, as it will be swamped with applications.

Amongst these terms are to receive funding for each student to be transferred, have all suspended administrative employees reinstated and to recruit more teaching staff members