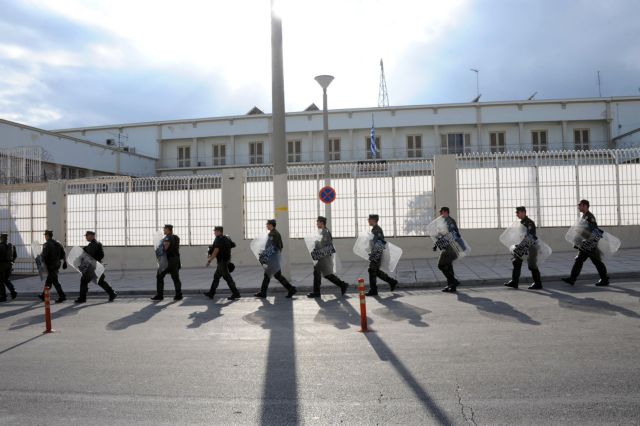 A hostage situation at the Korydallos Prison hospital, which escalated from a mini-riot, concluded at around noon and all inmates have returned to their cells, according to the Ministry of Justice.

At about 10am on Friday a group of about 20 prison inmates held three prison guards hostage at the Korydallos Prison hospital, following a mini riot. According to preliminary reports the group of inmates – possibly Georgians – has taken over the prison hospital and is armed with makeshift weapons. Aside from the three prison guards a few others seem to have been injured.

It appears that everything started when an elderly Georgian woman, who was visiting a family member, attempted to smuggle drugs into the prison, but was noticed by prison staff and arrested. In response six inmates clashed with prison guards, causing a mini-riot and damages to the hospital.

Police forces were deployed around the Korydallos Prison facility and negotiations were promptly initiated in order to end the crisis.