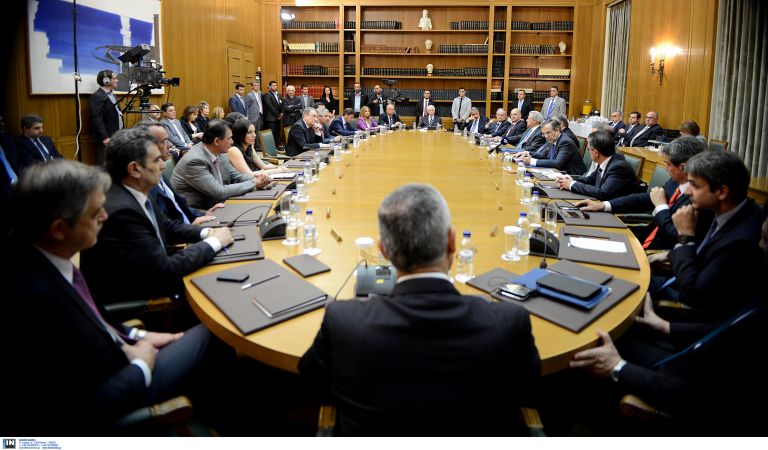 The Ministerial Council is set to convent on Wednesday afternoon, dispelling rumors of an upcoming cabinet reshuffle which…

The Ministerial Council is set to convent on Wednesday afternoon, dispelling rumors of an upcoming cabinet reshuffle which had begun circulating in light of the recent financial developments. The Prime Minister Antonis Samaras, who has seldom convened his ministers, has officially called the meeting in order to discuss the coordination of the coalition government’s efforts ahead of the negotiations with Greece’s creditors.

With the coalition government being under pressure, there had been calls for Mr. Samaras to carry out a reshuffle, however it appears the Prime Minister decided against such a drastic initiative, as it is likely that further problems would be generated. As such, the only change in the cabinet to be discussed will be the replacement of outgoing Minister of National Defense Dimitris Avramopoulos, who has been appointed as a European Commissioner for Migration and Home Affairs.

The council meeting will also focus on reversing the negative climate and recent polls, which show both coalition government partners New Democracy and PASOK trailing behind the main opposition party. To that end, the government will begin a media campaign to highlight its achievements, starting with the presentation of the ambitious minimum guaranteed income program.