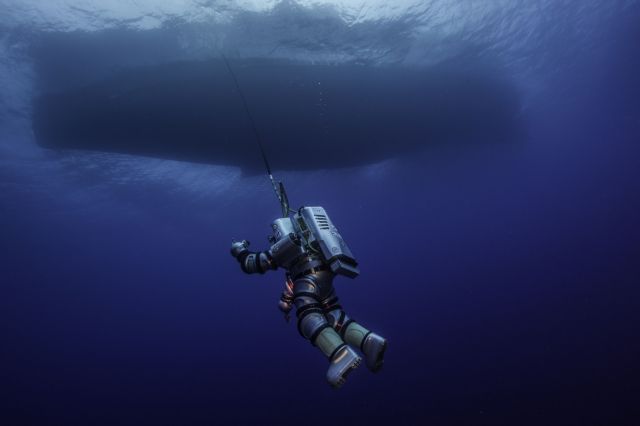 The team of archeologists and researchers of the Antikythera shipwreck were received by the Minister of Culture and Sport Kostas Tasoulas and congratulated on their recent findings. Mr. Tasoulas praised the team for completing its survey of the shipwreck between the 15th of September and 7th of October and highlighted the cooperation of public and private sector.

One of the goals of the mission was to create a detailed topographic mapping of the shipwreck and 3D model of the bathymetric and photographic imaging, which are expected to will help in future archeological efforts. During the survey a number of artifacts were discovered, including a huge spear that likely belonged to a marble or bronze statue, as well as scores of pottery.

Due to the harsh weather conditions, the researchers only managed to use the robotic Exosuit for one day, during testing dives. The trials and experimentation will provide valuable data for future endeavors in the area.