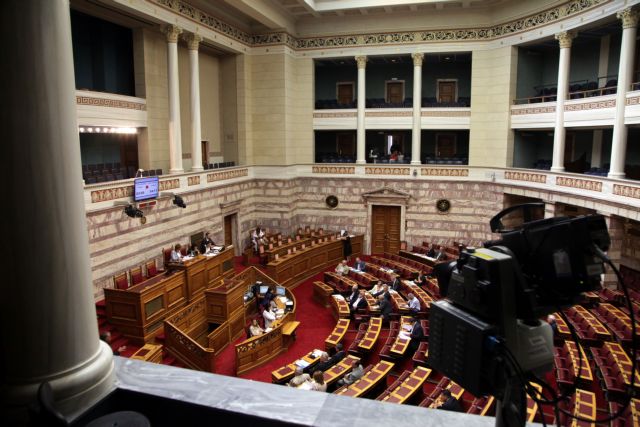 A controversial amendment regarding the operation and function of media groups was passed in Parliament on Tuesday, sparking the latest clash between the government and opposition.

According to a statement issued by journalist federation ESIEA, which called a 24-hour strike on Tuesday, the amendment allows media outlets and groups to merge on the pretext of cost reduction and controversially removes a series of restrictions and caps regarding employees.

Under the amendment, the employer will be able to own as many media outlets as they wish, with as many employees they wish. ESIEA stresses that the amendment will result in extensive dismissals and the creation of media oligopolies.

The main opposition party SYRIZA and the Communist Party (KKE) left Parliament, denouncing the government for carrying out “a crime” in the media sector. SYRIZA’s Panagiotis Kourouplis noted that “the government is headed for elections and wants to create new relations with the media system”, while KKE’s Nikos Karathanasopoulos demanded that a roll call vote take place.

Golden Dawn’s Ilias Panagiotaros argued that the amendment was a gift to media moguls, while DIMAR’s Nikos Tsoukalis claimed the bill was “yet another adventure” and expressed concerns over technical provisions. The parliamentary representative of ANEL Terence Quick announced that his party would vote “present”.

The coalition government claimed that the amendment will safeguard the media, but ultimately it was forced to remove some provisions from the controversial amendment, as even New Democracy officers expressed doubts. The government spokeswoman Sofia Voultepsi and the Minister of Health Makis Voridis criticized SYRIZA for leaving the discussion in Parliament.