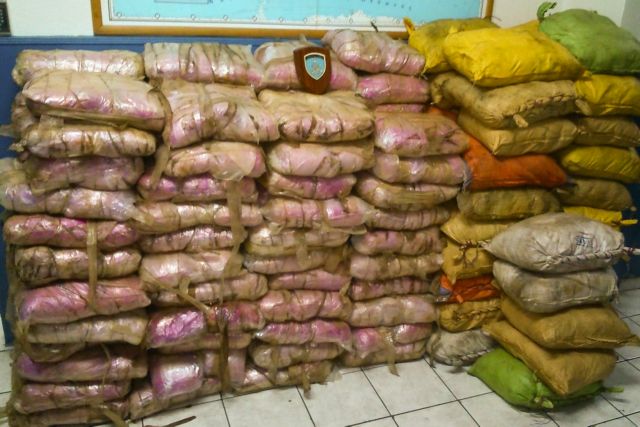 Four suspects who were arrested in the recent Coast Guard operation that resulted in the confiscation of two tons of heroin are to submit their depositions today, including a 47-year-old Iranian man and a 32-year-old Greek man.

The Iranian man is the only one who offered to assist in the investigation when he was arrested. According to the 47-year-old, the tanker received the heroin on international waters between Pakistan and Oman from a power boat. The suspect admitted that he was on board the power boat and had been tasked with accompanying the heroin during transportation, for which he was to receive 50,000,000 Iranian riyal (about 1,500 euros).

In the second bust, which resulted in 986.6 kilos of heroin being seized, fourteen suspects were arrested, including ten crew members of the Noor One, a Turkish national with a Belgian passport, the 47-year-old Iranian man, a 32-year-old Greek man who is believed to have helped transfer heroin to Philothei and the 53-year-old Greek woman who appears to be the ship-owning company’s representative.

All of the suspects are facing criminal charges of forming a criminal organization and distributing narcotics. A separate case file is also being put together in relation to 18 tons of unaccounted diesel fuel that were discovered on board the Noor One. The fuel will be pumped out and taken to Hellenic Petroleum.