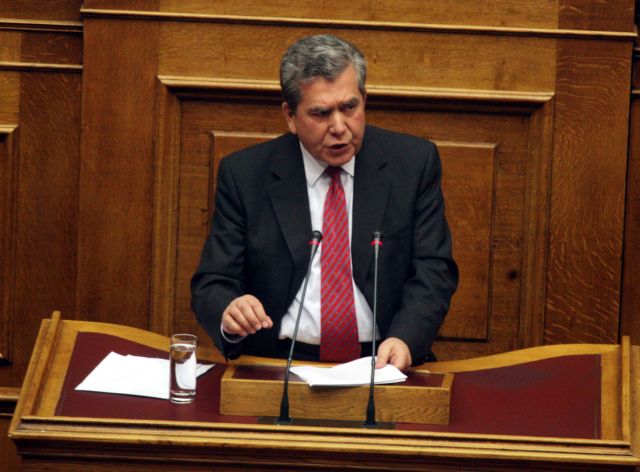 SYRIZA MP Alexis Mitropoulos accused the coalition government fooling the Greek people and of intending to carry out new wage and pension cuts soon after the upcoming elections “in full”.

Mr. Mitropoulos argued that the government has promise to distribute the “social divided” of 525 million euros for electioneering purposes and claimed that the intention is to reclaim that sum through wage and pension cuts.

The opposition MP asserted that “either there was never any ‘primary surplus in 2013, or if this ‘blood surplus’ exists, then the creditors allowed the subservient-to-them government to temporarily distribute it for obvious electioneering reasons”.

In his statement, Mr. Mitropoulos notes that while the Medium Term Fiscal Strategy plan includes the distribution of 525 million euros of the social dividend, “on the very same page, it unashamedly provide drastic wage and pension cuts for the same year, in excess of 525 million euros”.