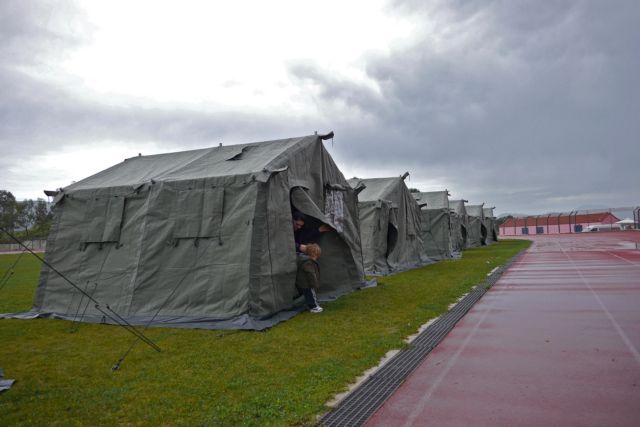 The Prime Minister Antonis Samaras has called a government meeting for Wednesday afternoon in order to discuss the efforts to address the disaster in Kefalonia so far and to coordinate future actions.

Yesterday the Army set up about 50 tents for earthquake victims who were unable to return to their homes or find shelter in any of the ferry boats or their cars. Other island residents have found shelter in the local stadiums. Archbishop Ieronymos also promised to provide about 500 portions of food in a central food bank that will be set up.

The Minister of Education announced that the local schools will remain closed until Friday, when inspections will be complete. Mr. Arvanitopoulos also emphasized that student safety is paramount and that prefabricated school buildings will be help address the problems.

Teams of archeologists will also be dispatched to the island in order to examine many of the antiquities on the island and determine the extent of any damages. Many churches and monuments from the Mycenaean, Roman, Byzantine and post-Byzantine eras were damaged by the repeated earthquakes and require restoration.

The Minister of Tourism, who surveyed the island yesterday, reported that the tourist resorts have not been affected and announced her intention to initiate a advertising campaign, in order to improve the island’s reputation in the upcoming tourist season. Similarly, the Minister of Health visited the local hospital and stated that it was safe to operate.

The Greek Red Cross, Doctors of the World and other charities have announced that they are prepared to offer help to the earthquake victims of Kefalonia. Two teams of medical specialists have so far been dispatched to assist state services in dealing with the emergency, with more to follow.

The Doctors of the World have begun collecting medicine, personal hygiene products, bottled water, food and sleeping bags for the earthquake victims. Two bank accounts have also been set up for any donations.