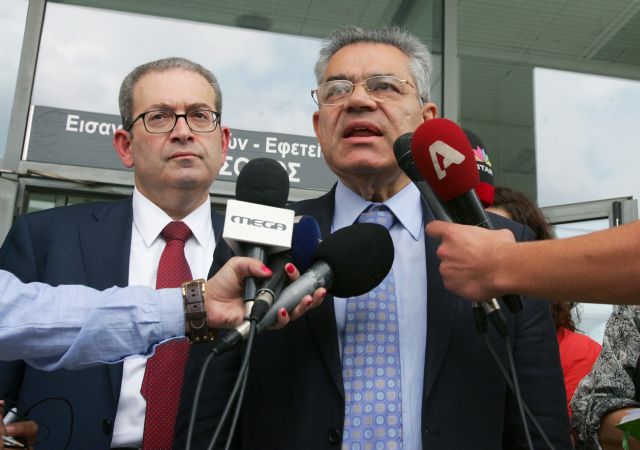 The former Minister of Transport Tasos Mantelis will go on trial for received bribes from Siemens along with four others – Giorgos Tsougranis, Antonia Markou, Ilias Georgiou and Aristides Baltas – with the State claiming 500,000 euros in damages from each of the defendants.

The defense claims that the civil action is unreliable and without any legal basis and added that if anyone has been harmed it is Siemens, which has had to pay. The defense argued that since Mantelis did not accept a bride while performing his ministerial duties (but rather as a normal citizen), the State could not claim any damages. Mr. Mantelis’ attorney Yannis Iriotis further questioned how the Greek state was claiming to have suffered damages, when the alleged bribe took place in Geneva, Switzerland.

The prosecutor Panagiotis Panagiotopoulos asked for the courts to reject the defense’s objection, arguing that Siemens passed on the damages from the bribes to the contract with OTE, which in turn harmed the interests of the Greek state.