Rallies and concerts against fascism and Golden Dawn 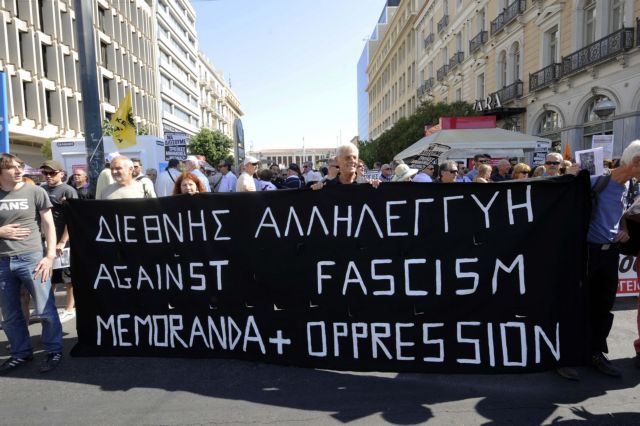 Antifascist protests, rallies and concerts are taking place all over Greece today, with workers and residents reacting to the continued presence of Golden Dawn in their neighborhoods.

In Athens, GSEE and ADEDY have called parties, institutions and regular people to join them in an antifascist rally at Syntagma Square at 6pm today. Antifascist rallies will be held in Thessaloniki (at the Venizelos statue), Serres, Ioannina, Volos, Heraklion, Katerini and Chania.

Earlier in the day, PAME is holding its own antifascist protest at Propylaea at noon, followed by a concert at Syntagma at 2pm. The Police ordered the closure of the “Syntagma”, “Panepistmio” and “Evangelismos” subway stations as of 11:30, as a precaution.

Meanwhile SYRIZA has denounced a fake poster that is being circulated online, which calls its members to march to Golden Dawn’s offices on Mesogion Avenue, asserting that it is a provocation meant to support the “two extremes” theory.