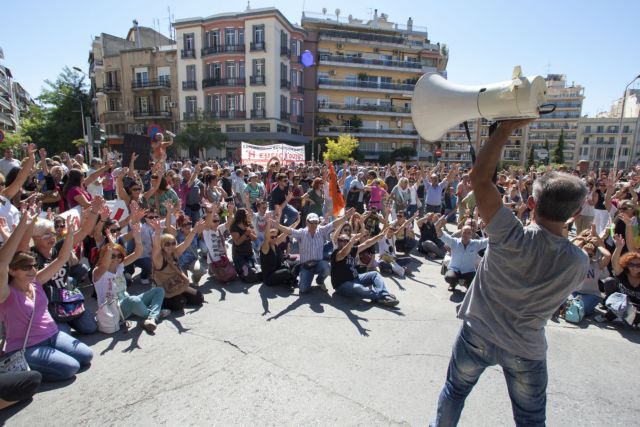 For a second week in a row, Athens will see its city center populated by unionists, as a number of sectors continue with their strikes in relation to government plans of suspensions and dismissals.

On Saturday public sector union ADEDY announced a 48-hours strike for Tuesday and Wednesday. The union chiefs are in talks with GSEE, the country’s largest private sector union, about coordinating their actions for a general strike. GSEE’s executive committee will come to a final decision later in the day. Both sectors will attend a rally at Klafthmonos square at 10:30am on Tuesday.

The employees in higher education have decided to go on another five-day strike, while secondary-school teacher union OLME has announced a strike on Monday and Tuesday and plan to protest outside the Ministry of Education today at 12:30.

Primary school teachers will participate in ADEDY’s 48-hour strike, while their union, DOE, has announced a 3-hour walkout in order to facilitate their secondary education colleagues to attend the midday rally.

Employees in local government continue their strike on Monday and Tuesday. They also plan to march to the Ministry of Administrative Reform, after gathering at Karaiskaki square at 11am. Likewise, employees in the insurance funds have announced a series of rolling 48-hour strikes starting today.