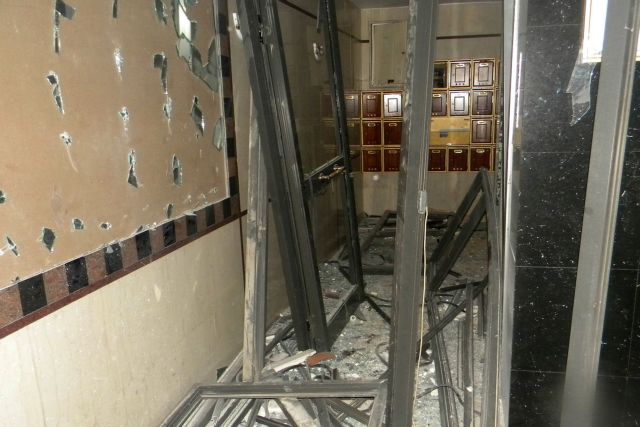 The police report indicates that the bomb used in the Saturday evening attack used between 5 and 7 kilos of dynamite and caused extensive damages in an 80-meter radius. The attack is related to the prosecutor’s investigation into Vlastos’ failed escape attempt from the Trikala prison in February 2013.

The 44-year-old confessed that he was assisted by a 39-year-old man (who was also arrested on the scene) and that the attack was meant as a warning. The Police are now examining whether the 44-year-old as implicated in the recent bombing of the judge handling the Panagopoulos kidnap.

The 44-year-old was arrested in December 2010 with 35-year-old during a police inspection. In their car the police found five kilos of dynamite, detonators and fuses for firing explosives.