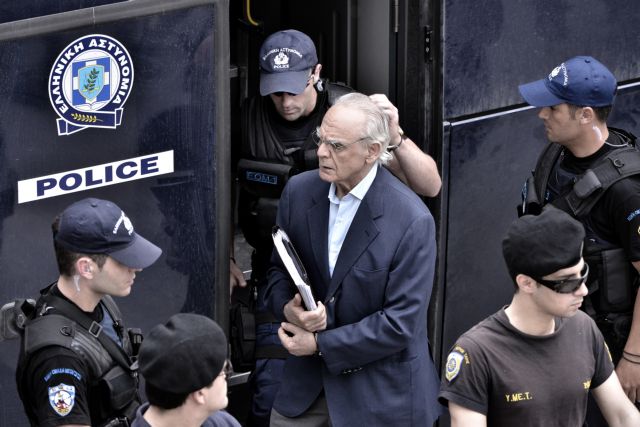 Today’s session of the Akis Tsohatzopoulos trial was as tense as previous sessions, thanks to the repeated interventions and protests by the former Minister of National Defense and his co-defendant Yannis Sbokos.

The prosecution submitted secret documents from the Navy General Staff that detail how the deals were set up to appear legal. The prosecution explained that the evidence reveals the “connection, the bribe and the flow of money”.

Mr. Tsohatzopoulos denied the prosecution’s allegations and claimed that other competitive firms and interests were behind the case. When the discussion turned to the case of the TOR-M1 systems, Mr. Tsohatzopoulos responded that the American Embassy in Athens tried to intervene in favor of American companies “but we chose the more appropriate, cheaper system and our islands were full of antiaircraft systems, while ten pieces were sent to Cyprus”.

Mr. Sbokos also claimed that the prosecution’s information was “wrong” and focused on the offset benefits, which Mr. Tsohatzopoulos’ successors in the Ministry of National Defense never took advantage of.

Regarding the type 214 German submarines, Mr. Sbokos explained that three sides decided on the purchase: the Supreme Naval Council, the Government Council of National Defense (KYSEA) and the Greek Shipyards. Mr. Sbokos agreed with KYSEA’s decision in 1998 to construct the submarines at the Skaramanga Shipyards “so that some pennies remain in Greece”.

The former Minister of National Defense also focused on the decision to support the domestic defense industry, while revealing the National Committee of Defense and Equipment Industry’s decision, which was presided by then-PM Kostas Simitis.

In relation to the Tsohatzopoulos case, the Limassol courts in Cyprus have issued warrants for the arrest of former Minister of the Interior Dinos Mihailidis and his son Michalis.