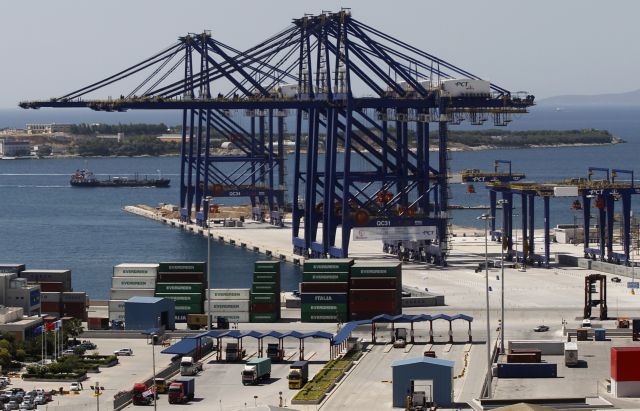 COSCO and the Piraeus Port Authority (OLP) are to sign a memorandum of cooperation this afternoon at the Ministry of Shipping. Among the provisions is a new investment in the west side of the port.

The Prime Minister Antonis Samaras commented that the new investment on the west side will create 500 permanent jobs (aside from the 200 construction jobs) and increase the volume of shipping to 7 million tons, making Piraeus one of the top ports in Europe.

The Chinese shipping giant will be represented by chairman Wei Jiafu, who will sign the agreement with OLP president Giorgos Anomeritis. TAIPED president Stelios Stavridis and TAIPED managing consultant Yannis Emiris are expected to be present to discuss the possibility of privatizing OLP.

Earlier in the day the government Vice President Evangelos Venizelos presented Mr. Jiafu with the Grand Cross of the Order of the Phoenix, which was awarded by the President of Democracy Karolos Papoulias.