Kasidiaris defines self as «Holocaust denier» 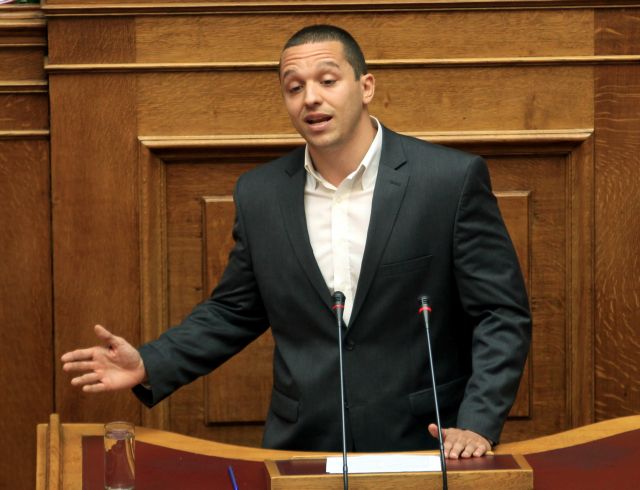 Golden Dawn MP Ilias Kasidiaris painted himself as a “Holocaust denier” during the discussion in Parliament of expanding the charges against Giorgos Papakonstantinou.

Mr. Kasidiaris were referring to the investigation on corruption charges against the former Finance Minister and Sabby Mioni’s option to send an affidavit from Tel Aviv Israel, where he resides, rather than appear in person.

The Golden Dawn stated that Mr. Mioni is “a personal admirer of Antonis Samaras and a buddy of Stavros Papastavros, which is why New Democracy is so concerned about him. He will not appear before this committee because Holocaust deniers participate.”

He then added that “of course Holocaust deniers participate. We do not want to go to the murderous state of Zionists. When this man sets foot in our country he will be lead to Justice”.

DIMAR MP Vasilis Oikonomou took the stand and informed the present Deputy Minister of Interior Christos Athanasiou that the penalty in Germany for denying the Holocaust is five years imprisonment.

Amidst reactions from Golden Dawn MPs, Mr. Oikonomou explained that “a Holocaust denier took the stand over here. Are there criminal charges for such behavior? When DIMAR spoke of the necessity of the anti-racism law reality comes by and demonstrates how necessary it is”.