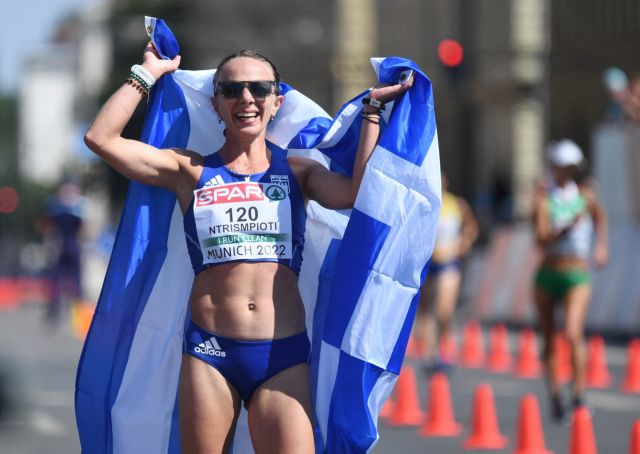 After a stunning performance, Antigoni Drisbioti was crowned European Champion in the 35 km race walking event, with the 38-year-old champion giving Greece its first gold medal in the event.

The Greek champion finished in 2 hours 46 minutes and 58 seconds.

In second place was Gonzalez from Spain and third was Madaraz from Hungary.

The Greek walking champion had finished in 4th place at the world championships in Oregon, but in Munich she was amazing, finishing first draped in the Greek flag, giving Greece its first gold medal at the 2022 European championships.