Even now, in the midst of the Russo-Ukrainian war, our country is not the weak link in the EU, in which the leading powers, and not Greece, face existential dilemmas 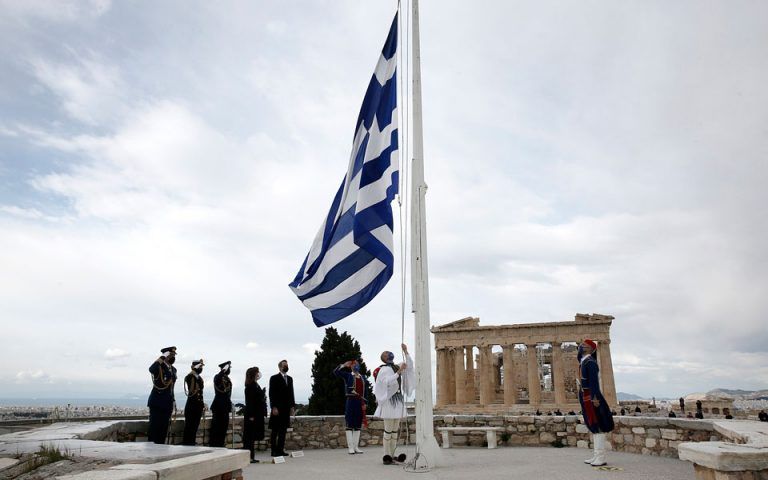 This spring was different in every way. It was considerably delayed and seemed literally and figuratively like a heavy winter.

There was a protracted cold spell, the pandemic stubbornly persisted, and the murderous war in Ukraine disorganised everything, including all expectations.

Even nature was challenged by the delay in the blossoming of trees, which remained in frozen dormancy, awaiting sunny days in order to safely bloom.

Can one be optimistic after so many bad omens?

Experienced farmers know that heavy winters regenerate the earth, and a longer dormancy strengthens trees and plants so that their reawakening takes on a greater dimension.

Metaphor and metaphysics have their limits, however, and are not the best means for explaining current affairs, nor do they justify expectations of a resurrection similar to that promised by Easter.

Hence, we must seek a rational explanation of the current, multi-faceted socio-political and geopolitical crises, which have certain aspects that in the end can render them manageable.

The war, for example, though it is ongoing and deepening at the moment, will end at some point, simply because it has rocked and will have exhausted those who opted for it.

There are also optimistic signals that the pandemic, despite its depth and reservations deriving from its intensity and long duration, is receding.

The galloping inflation of recent months that was the result of the pandemic and the war will drop once its root causes are eradicated, especially if the announced government measures are implemented and if society transcends the current price-gouging trend, which was facilitated by the previous, lengthy period of deflation.

The most optimistic factor is that despite the concurrent crises, Greece for the first time in decades is not treated as the weak link.

In the 1990’s, Greece had a host of structural problems and weaknesses, including a dogmatic outlook and ideological obsessions that thwarted every effort toward modernisation.

Later, in the first decade of the 21st century, the country was burdened by unsettled debt, huge deficits, and a maximalist trade unionist culture that impeded any progress.

When the enormous global financial crisis of 2008 emerged, Greece was economically unfortified and politically unprepared. The country was viewed internationally as the weak link of the EU, and as such its suffered unprecedented trials and tribulations.

When the COVID-19 pandemic hit, society and the economy were already exhausted by the decade-long economic crisis. The public health system was battered and the country’s capabilities were limited. Still, it was able to stand on its feet, albeit with difficulty, despite the extensive and continuing loss of human lives.

The economy did not collapse and society endured. The state did not crumble, and indeed it efected important changes that will ensure post-pandemic funding.

Even now, in the midst of the Russo-Ukrainian war, our country is not the weak link in the EU, in which the leading powers, and not Greece, face existential dilemmas

Our country will not run out of natural gas or fuel. It has alternative sources of energy and can itself open new energy paths.

Greek society accepted a host of changes over the last years, strengthening it values, increasing the worth of its assets, and creating more opportunities domestically.

Moreover, our country bolstered its defences, expanded its alliances, and highlighted its critical geopolitical position.

Greece is not confronting the current crisis as a lamb to be slain. It has climbed up to Golgotha many times over the last years, and now it deserves a national resurrection.