Motor OIl: Investment decision for the Corinth FSRU at the end of 2022

Positive picture for Motor Oil in the first quarter. Deputy CEO spoke to analysts about the petroleum market and RES plans 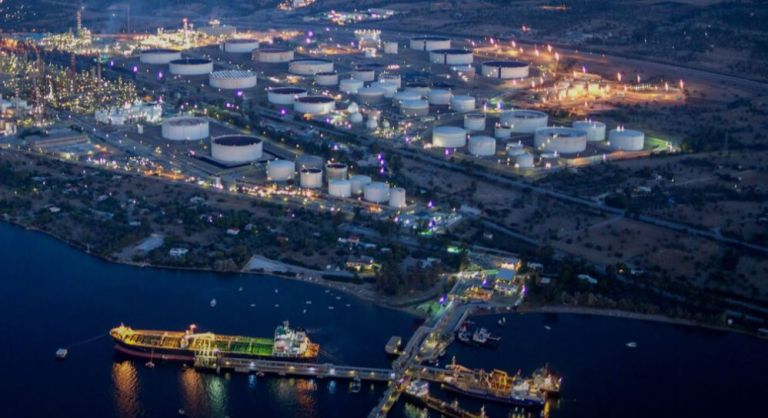 Motor Oil is expected to make the decision  investment for FSRU in Agioi Theodoroi to be installed by “Gas Canal” in the fourth quarter of the year .

This was announced yesterday by the Deputy CEO of the energy group during the teleconference with analysts that took place on the occasion of the announcement of the financial results of 2021. As Petros Tzannetakis said at this stage the work for the FSRU is in technical development and for this reason this it cooperates with Japanese firm Mitsui. The market test is scheduled for June and based on its results, the investment decision will be made towards the fourth quarter of the year.

Motor Oil, however, continues its plans for RES development, in the context of reducing its environmental footprint.

As noted by Mr. Tzannetakis, a subsidiary of MORE, through TEFORTO Holdings Ltd, currently has 280 MW in operation, and 84 MW RES projects are under construction. The company is discussing the financing scheme for these projects with Greek banks, which will be completed in 2023. 650 MW portfolio projects are currently in focus.

Speaking about the group as a whole, he pointed out that for the first quarter of the year the picture is positive. He even added that we are returning to an era of dividends.

In connection with the developments in the war in Ukraine, Mr. Tzannetakis announced that Motor Oil stopped procuring crude oil from Russia before the invasion, replacing these quantities from other markets.

At the same time, in an effort to reduce the operating costs of refineries, Motor Oil has replaced natural gas with fuels such as LPG, naphtha and fuel oil.

Finally, the Deputy CEO talking about the electricity sector sees a continuation of the upward trend in prices with Korinthos Power being profitable.

He also referred to NRG for its cooperation with the METRO chain in electrification, announcing new corresponding collaborations, with a total power of 1.2 GW.

He spoke about the cooperation with Portuguese firm EDPR and the launch of 496 MW projects in Evia.