The head of the European Stability Mechanism (ESM) talks about the European tool, with which Greece was saved from bankruptcy, emphasizing that the key to success was the country’s stay in the eurozone 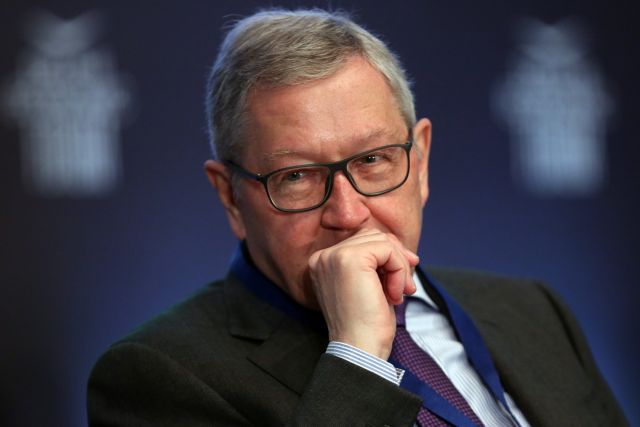 Next week marks the 10th anniversary of the establishment of the European Stability Mechanism (ESM) on 2 February 2012.

The ESM is a child of the euro crisis, it was directly connected to the biggest debt crisis that Greece went through after the war and it reminds the Greeks of the most difficult moments of the last decade.

But it is the European tool with which Greece was saved from bankruptcy. And today, as the head of the ESM, Klaus Regling, says in his interview with “NEA Savvatokyriako”, Greece has sound prospects to enter a path of greater growth.

Mr Regling, the ESM was born out of the euro crisis. If you look back at its genesis, how critical was the situation at the beginning of the last decade?

Let me go a little further back to answer your question. In the original institutional architecture of our Economic and Monetary Union (EMU), there was no last resort lender for the eurozone countries. Since a country met the Maastricht criteria and adopted the euro, it was unthinkable to lose access to the markets. What was considered unthinkable happened at the beginning of the last decade. Many eurozone countries could not borrow money in the markets and needed urgent financial assistance. The situation became very serious. The only institution that existed at the time with a mandate to act – the International Monetary Fund – did not have enough reserves to cover the financial needs of the affected countries.

Something had to be done to support these countries. It became necessary to set up a Crisis Fund that would provide urgent funding to its members. Thus, the European Financial Stability Facility (EFSF) was provisionally established in 2010. The European Stability Mechanism (ESM) followed in 2012.

Since 2012, ESM has provided financial support to several countries, including Greece, Ireland, Spain, Portugal and Cyprus. Greece was the country that needed the longest help and it was the difficult rescue by the ESM. Why?

The problems in its economy were greater, both financially and commercially, as well as the loss of competitiveness. So the size and duration of funding programs – the largest ever in the world – was also greater.

Since then, Greece has come a long way. And while some risks remain, the country has improved its competitiveness, modernized its public sector, balanced its pension and tax systems, and strengthened its public finances. She regained access to the markets at a very good interest rate and did quite well, until she was struck by the coronavirus pandemic.

The key to success was the country’s stay in the eurozone, which benefited all its citizens. We managed to keep all the countries in the eurozone, achieving our highest goal. If the EFSF and the ESM had not been created, and if the countries had not turned to them for their problems, they would have been forced to leave and Europe would be very different today. This was prevented.

How close did Greece get to leaving the eurozone in the summer of 2015?

At the time, it seemed like a real possibility. In June 2015, Greece was very close to the edge of the cliff. The rift between the Greek government and international creditors was very large. Grexit was very close, but I am very happy that it was avoided, thanks also to the ESM and the European framework created during the previous crisis, as I mentioned before.

How would you evaluate the development of Greece after the end of the 3rd program?

The Greek economy was doing well before the outbreak of the pandemic. The trend was quite positive. Although all European countries suffered from the coronavirus, Greece was hit hard, due to its dependence on tourism. The government provided comprehensive and timely support to citizens and businesses. Thanks to this, Greece managed to recover dynamically from the pandemic with the largest annual GDP growth in the entire eurozone last year. But the pandemic is not over, there is still some uncertainty, how it will develop and affect the economy.

The Recovery and Sustainability Fund offers a historic opportunity for further reforms in the economy, making it more resilient and equipping it with a green and digital transition. Greece is one of its biggest beneficiaries of the EU Next Generation Program (NGEU). The key, as for all countries, will be implementation.

Greece, in addition to the pandemic, suffers more than other EU countries from inflation and high energy prices, slowing down the restructuring of the Greek economy. Is inflation expected to be temporary?

This is something that the ECB is closely monitoring. I agree with the ECB’s view that the recent rise in inflation is largely the result of temporary factors, notably the sharp rise in energy prices, declining supply and some base effects.

The question is, if there are medium and secondary effects from wage increases. We see some such signs in the US and Britain, but not yet in Europe.