In addition to the potential security issues that may arise, Athens has two main reasons to be concerned. 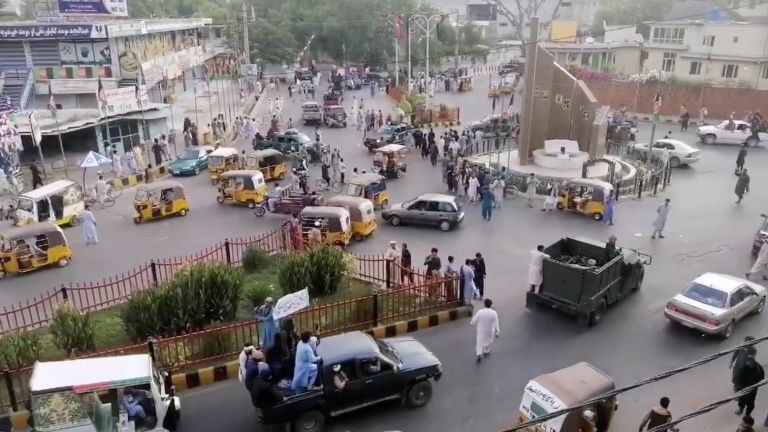 Athens is on alert after the rapid developments in Afghanistan and the Taliban invasion of the capital, Kabul.

In addition to the potential security issues that may arise, Athens has two main reasons to be concerned.

The first reason is immigration – refugees.

Taliban opponents will rush to leave the country, to find safe haven and be saved. And these are hundreds of thousands of citizens and officials, as well as locals who have worked with the Americans and the rest of the international community, taking on many roles, including liaisons, translators, members of anti-corruption and drug trafficking organizations, press freedom and more. And with them thousands of innocent citizens and civilians.

They will ask to move to neighboring countries such as Turkey and will feel safe when moving to Europe.

Thus, the country’s borders with Turkey will be under pressure from both sea and land.

However, government sources told in.gr that “there is full control of the border.”

“The crisis in Afghanistan, and beyond, shows with even greater clarity that this is the time for member states to agree on the approval of the new European Immigration Pact,” Commission Vice-President Margaritis Schoinas said in an interview today, in an Italian newspaper. There are still outstanding issues and disagreements between the Member States for a year now and it has not progressed.

The second reason Athens is worried is the role of Turkey.

Developments that destabilize the region could once again upgrade the role of Turkey, which has recently seemed to have lost significant ground following the change of government in the United States.

Erdogan is facing serious political and economic problems and it is not ruled out that he will seek to play a more mediating role, something he had clearly stated a few days ago on CNN Turk, noting that he may meet with the Taliban leader as part of his efforts to to end the fighting in Afghanistan. In fact, he had expressed his intention to take control of Kabul airport.

The Turkish leadership considers the Taliban “brothers” and with this as a weapon will try to reappear as the “gendarme” of the region.

The question is whether the international community – and especially the US – will want to accept such a permanent or temporary role for Turkey because of Erdogan’s “unarmed” strategy.

Thus, it is possible that Turkey has two means of pressure on the EU. Both immigrants and the mediating role, which is not in Greece’s best interests.

With these two facts, the government is closely monitoring the developments in order to intervene where necessary.

However, for a long time, the international community has been watching the Taliban taking strategic cities and hubs since the withdrawal of US troops – acknowledging that the operation in the country had failed miserably – but did not seem to expect an immediate invasion of the capital.