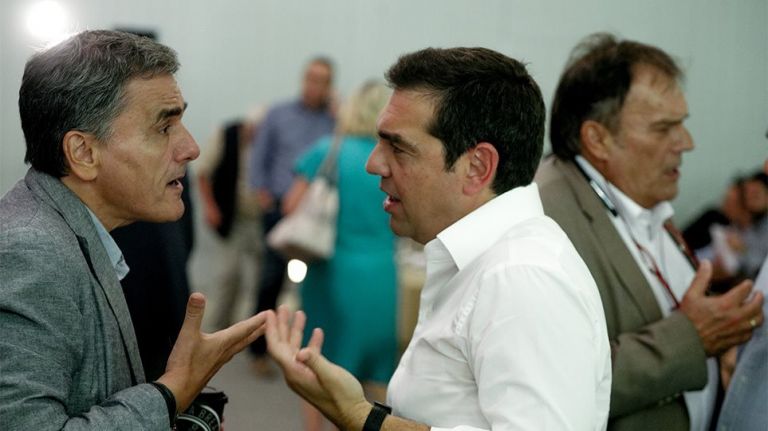 After his defeat in the July, 2019, general election Alexis Tsipras remains almost politically blind. He seems unable to absorb the shock of defeat and to interpret its causes.

Alexis Tsipras gained fame as the expression of a new Left in a multi-current political formation that was ideologically variegated.

It was a political formation in which a hundred flowers – from far-left groupings to social activists to left-wing modernising reformers, ecology activists, and proponents of an international campaign against globalisation- could bloom without restrictions or the threat of expulsion.

The non-communist leftist party once called Synaspismos and its successor Syriza became known as a forum for dialogue between different political approaches and views.

Syriza managed to bloom and grow. It exploited the grave situation created by Greece’s great economic crisis in order to rise to power.
It was created for the purpose of forging an alliance with broader left-wing and socialist forces which had a distinct voice and pushed for autonomy from the party and its leadership.

It was based on these principles and possibilities that the party grew and on the way it gathered and expressed for at least a decade many different political and social groups.

Needless to say that most of these groups and Mr. Tsipras himself supported notions of direct democracy and during the bailout memorandums era they backed the large gatherings on the lower part of Syntagma Square which had the same agenda.

The party blasted Stalinist practices and the hegemony of the leader which were the hallmark of leftist parties that were considered old-school and dogmatic.

After his defeat in the July, 2019, general election Alexis Tsipras remains almost politically blind. He seems unable to absorb the shock of defeat and to interpret its causes.

It is noteworthy that a political leader who supposedly tapped into the public sentiment and aligned himself with it is now faced with an impasse and has almost totally lost his orientation.

In the one year since he fell from power he has been struggling to supposedly reorganise the party and bring about a deceptive and groundless shift to the political centre.

He is surrounded by the most dubious characters of his administration and the discredited political remnants of the Pasok era.

He is attempting to organise an autarchic party with a hegemonic leader along the lines of Pasok’s model of governance in the 1980’s under Andreas Papandreou.

He has accompanied that with nepotism, which once fiercely denounced.

At the same time he distanced himself from cadres who stood on their own or were politically productive and could potentially pose a leadership challenge.

Tsipras’ clash with his former finance minister Euclid Tsakalotos is indicative. Tsakalotos stands apart morally, intellectually, and politically and played a key role in resolving the 2015 crisis with Greece’s EU partners and creditors.

During Tsipras’ second administration Tsakalotos literally saved the day by ensuring the economic stability about which Mr. Tsipras often boasts.

As a result Tsakalotos faces the threat of political ostracism from the inner circle of the “great leader”, who cannot tolerate his divinely inspired words being disputed.

Instead of carrying out deep reforms and surrounding himself with distinct and worthy personalities that can do honour both to the party and himself, he has ensconced himself in his small and sterile court.

Undoubtedly, Mr. Tsipras is revealing his true colours and is reaping the fruit of his erratic style of governance.

His stance reveals a cynical tactician bereft of principles and political depth.

He is a politician who appeared “great” but has proven to be “small” and unable to offer the country and its people all that the current difficult conditions demand.