The PM underlined the necessity for faithful compliance with public health guidelines such as the uses of masks, personal hygiene, and social distancing. 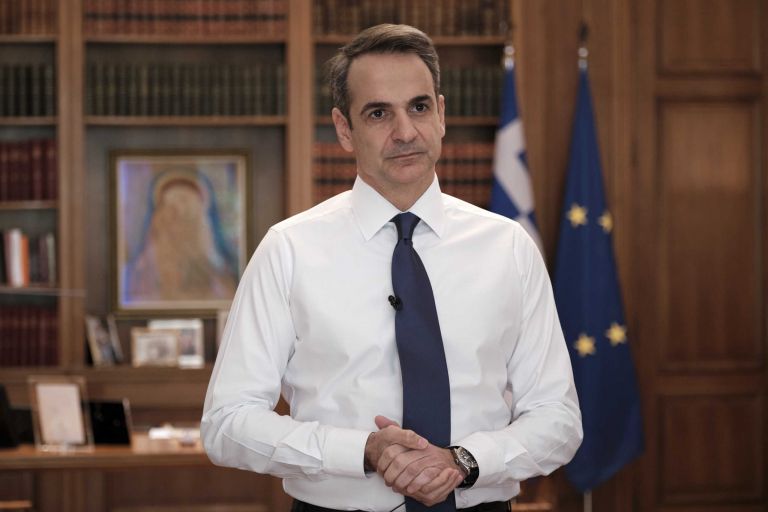 Prime Minister Kyriakos Mitsotakis issued a renewed call to the Greek public to observe health measures against the dispersion of the novel coronavirus, in a nationally televised statement that focused on «a new vigilance without new measures, but with serious observance of measures already in effect.»

Mitsotakis underlined that non-compliance with existing public health measures will lead ineluctably to a new lockdown.

Such an eventuality could well be the death knell for the already battered Greek economy,

Instead, he noted, targeted interventions in trouble spots would be just as effective and without the serious economic and social repercussions of another lockdown.

The question, the PM said, is «self-protection or quarantine,» and reminded the public of the effectiveness of social distancing, personal hygiene and the wearing of masks, which latter he called «the vaccination before the vaccine». These measures have proven successful through a trial-and-error process, and keeping them will minimize infection by accident or lax habits, he stressed.

«I have proven that I do not hesitate to swiftly make difficult decisions. However, in order to stem the new wave of the pandemic requires that the state, scientists, and citizens cooperate,» the PM declared.

Mitsotakis also dismissed criticism that Greek hospitals are incapable of handling a second wsave of the epidemic  due to a lack of personnel and of ICU beds.

«Because much has been said that the infrastructure at hospitals is quite a distance from exceeding capacity and it is constantly being bolstered.

The PM also said that the mass transit system in which there has been dangerous crowding will be bolstered by the addition of new vehicles more frequent itineraries.

He said 100 more buses will be added to the fleet within two weeks and 400 by December.

Mitsotakis also tweeted his message to the public from the official account of the prime minister.

«As the threat to public health is burgeoning I call upon you to exibit a new vigilance – so as not have to resort to new, general measures nationwide – with responsible implementation of existing [public health] measures and targeted interventions where needed – in areas with a high epidemiological load.»