Without solidarity, common action, and a collective assumption of the dangers involved there is no salvation or deliverance. 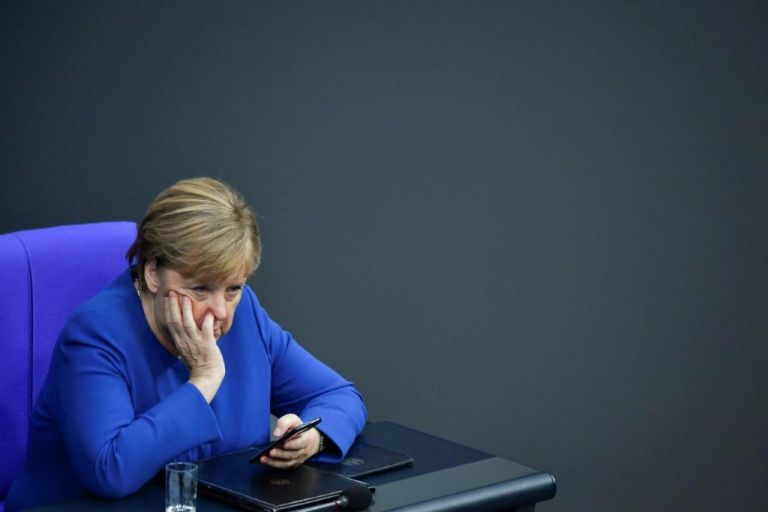 The wealthy states of Northern Europe and especially Germany, the Netherlands, and Finland continue to stubbornly refuse to adopt bold economic measures in the midst of a deadly pandemic.

Just as in the 2008 economic crisis they maintain that there is a moral hazard, which means that countries protected in some way from risk will act differently than if they didn’t have that protection.

They accuse most eurozone countries of not taking necessary steps to support their health systems in economically brighter times.

They maintain that these countries engaged in untrammeled consumer spending in order to serve their political clienteles and that now they seek full protection without assuming their obligations and responsibilities.

Essentially they are accusing the political class mainly of Southern Europe of fiscal imprudence and they are demanding specific commitments as occurred with the bailout programmes during the prior debt crisis. They are saying that they will not spend lavishly without the assumption of obligations.

This almost theologically dogmatic stance overlooks the extraordinary character of this crisis and does not accept any form of the principle of solidarity.

The three aforementioned countries even raised constitutional issues deriving from the Treaty of Maastricht, which has been enshrined in their constitutions and does not permit the assumption of the debt of other countries.

The real issue is that they do not want under any circumstances a mutualisation of European debt or additional risk.

The rich countries of the North are erring and defending their accumulated wealth without understanding that in the coronavirus pandemic one does not have the asymmetry of a debt crisis.

They cannot understand that the current external shock is symmetrical. It harms everyone including the health and dynamism of the single market which tomorrow could be completely dismantled and not allow them to maintain their prosperity.

As time passes, however, one sees the vacuous nature of their arguments and the extreme dogmatism of these countries’ leadership.

As the pandemic evolves there are ever more cases and deaths and gaping wounds in their own backyards that leave no room for misinterpretation or hesitation.

Because the pandemic draws no distinctions and will leave no one unscathed all countries and systems will face multiple challenges, will reach the verge of collapse, and will be rocked if they do not thrash out in a timely manner comprehensive, pan-European policies that encompass all countries.

Those who ignored the warnings of epidemiologists and adopted hardly humanitarian theories of past centuries regarding herd immunity now do not know where to hide.

The same will happen with all those who today reject the path of solidarity and of a collective approach to handling the pandemic and are hiding behind the veil of moral hazard.

In invoking a supposed moral hazard at this juncture in a catastrophic pandemic they are revealing their callous egocentricity and their mindless perception of self-interest, ignoring the fact that everyone is mortal and assailable.

Without solidarity, common action, and a collective assumption of the dangers involved there is no salvation or deliverance.

If Europe does not come together in a common spirit and accept the principles of solidarity it will sink into past eras of darkness and degradation.

The truth be told, over the last days in Brussels and Frankfurt one sees that there are second thoughts and a search for compromise solutions and unified, dynamic European policies.

The Greek prime minister and government which managed the crisis in a clear-minded and decisive manner and from the start came out in favour of such dynamic European solutions must insist and exert all possible pressure and influence on their counterparts.

It would truly be a pity if due to ideological fixations and dogmatism one were to lose the finest post-war political structure on the planet.