‘Both partner banks will be able to expand dedicated agriculture financing and provide new financing products that better reflects agriculture and agribusiness investment needs,’ the EIB said in a statement. 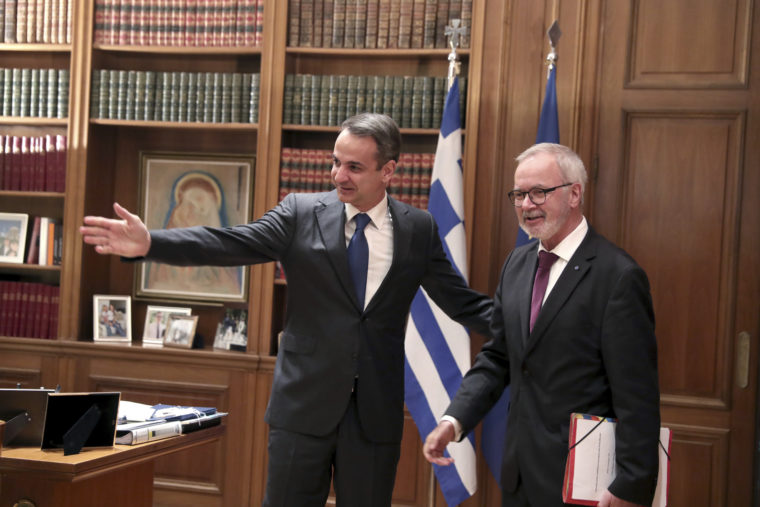 The EIB in cooperation with the National Bank of Greece (NBG) and Piraeus Bank announced a 560mn euro programme to support the agricultural economy focusing particularly on backing producers and entrepreneurs under the age of 41.

“Both partner banks will be able to expand dedicated agriculture financing and provide new financing products that better reflects agriculture and agribusiness investment needs,” the EIB said in a statement.

“Over the last five years, the EIB has provided over EUR 4 billion for investment across Greece in cooperation with leading Greek Banks. Last year, new targeted credit lines were launched to strengthen access to finance for companies supporting youth employment and the empowerment of women at workplace,”

The EIB also concluded a 100mn euro agreement with the Public Power Corporation (PPC) earmarked for the modernisation and improvement of the electricity grid on both mainland Greece and the islands.

During the decade-long economic depression the EIB was among the only investors in Greece and is now poised to expand investments, particularly in the primary sector by earmarked through the NBG and Piraeus Bank.

The EIB is also expected to play a role in the European Commission’a plan for a transition to a green economy with a whopping 1 trillion euro in EU-wide investments in environment-friendly projects through 2030.

Mitsotakis extolled the EIB’s commitment in 2019 to support important projects for environmental protection, infrastructure, and the support of small-and-medium-sized businesses.

The PM’s office noted that Greece surpassed all other EU countries in funding in terms of the country’s per capita income.

About 50 percent of that funding went to the private sector and small-and-medium-sized businesses in particular.

The other 50 percent was earmarked for vital infrastructure which was co-funded under the National Strategic Reference Framework (NSRF).

EIB funding also supports vulnerable social groups such as farmers in order for them to obtain loans on favourable terms, and environmental investments that remained stagnant for decades such as crucial anti-flooding projects.

For 2020 Greece’s and the EIB have hit the ground running as loans for investments since 1 January amount to 300mn euros.

The EIB plans to support the Hellenic Development Bank and it is also  offering crucial support to  Greece in its  pursuit of funding from the NSRF as well as in the process of phasing out lignite plants.