Almost immediately the PM implemented a plan whIich was based on creating the conditions to restart the economy by attracting foreign investment. 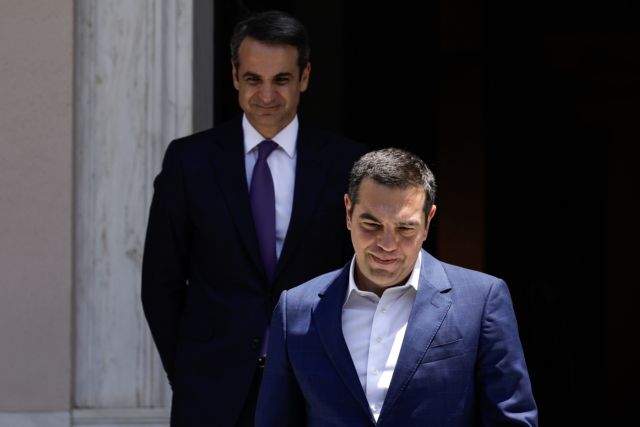 2019 turned out to be a year of political change, as most expected last New Year based on the course of national politics.

Since then all the data and indications confirmed that Mr. Tsipras’ government was worn out and was largely blamed in the consciousness of most citizens for being out of step and unable to inspire and mobilise the people.

For these reasons it was unable to expedite the process of exiting the long economic crisis.

The course of events confirmed those predictions which only the leadership of ruling SYRIZA stubbornly denied as it depicted them as media propaganda and its supposed sworn enemies.

The results of the European Parliament elections was the government’s first shock as it could not be misinterpreted.

Then PM Alexis Tsipras submitted to the fateful and was forced to call early elections, which had until then ruled out. He hoped to limit the damage to himself and his party.

The truth be told he fought a tough battle and used all the tools at his disposal, but voters had written him off long before that.

That is how Mitsotakis’ great victory occurred. His polling numbers reached 40% and that allowed him to secure in Parliament a single-party government and to pick a cabinet entirely of his choosing.

His moves after the election were swift and by all accounts well-prepared.

He lost no time, acted swiftly, and passed the first parliamentary bills in record time.

Almost immediately the PM implemented a plan which he had previously thoroughly worked out. It was based on creating the conditions to restart the economy by attracting foreign investment

Since then expectations grew. The atmosphere and climate in the economy and society improved and the political change proved positive as it created a new dynamic.

Almost six months after its electoral victory the new government has made substantial progress. Fiscal stability was bolstered, political stability prevailed, the investment climate improved domestically and abroad, as the profits on stocks and bonds indicate. It is also apparent in the interest of international investment schemes in buy-outs and participation in Greek groups and investment.

By all indications, the new government won that which the preceding government denied or simply did not believe in.

It mobilised domestic and international private forces in order to definitively leave the crisis behind.

The economic, social, and political conditions have been created. Interest has been registered and next year it remains to transform it into specific actions that will justify voters’ demand for political change.

If the intensity in Greek-Turkish relations is checked and if the domestic front is not jolted by undesirable clashes and disputes, then 2020 can truly prove hopeful and bring a rebirth for the country and its citizens.