Mitsotakis said there is no chance of Greece making the slightest concession in defending its sovereign rights and underlined that this issued cannot be linked to Turkey’s stance on stemming the refugee crisis. 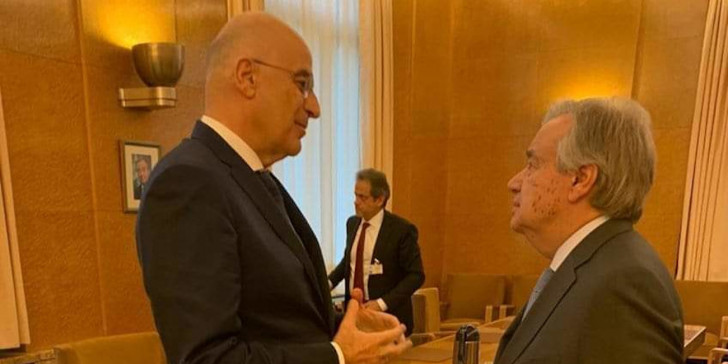 Along with diplomacy Greece prepares deterrent forces to deal with Turkey’s expansionist activity.

Prime Minister Kyriakos Mitsotakis has often declared that Greece does not desire an escalation with Turkey but because Ankara is constantly escalating in the Aegean and the eastern Mediterranean Athens has prepared a strong deterrent force and planning for all eventualities with all branches of the military is on high alert.

Mitsotakis said there is no chance of Greece making the slightest concession in defending its sovereign rights and underlined that this issued cannot be linked to Turkey’s stance on stemming the refugee crisis.

One response to the Libya-Turkey accord, which if accepted would block Turkey from drilling southeast of Crete, is to submit to the UN the coordinates of Greece’s continental shelf.

Foreign Minister Nikos Dendias on 16 December held talks with UN Secretary-General Antonio Guterress to detail the Greek position on the Turkey-Libya MOU and developments in the broader region. Days earlier in a statement the UN said that it is not competent to judge the issue and Guterres is expected to pass on the Greek positions to the UN’s Office of Legal Affairs.

Dendias on a tour is hoping to shore up support for Grecce in Italy (which has an historic colonial relationship with Libya). Jordan, the UAE, and Saudi Arabia.

French President Emmanuel Macron has steadfastly supported Greece’s positions including on the Turkey Libya MOU, most recently at the Nato summit. There have been rumours of a French deterrent military role in putting a damper on Turkey’s expansionist moves. “We will not bow to any sort of provocation,” he said.

Athens is now monitoring the stance of the UN toward the Libya-Turkey EU and whether the UN will file it as an official document. If it does the accord will be considered to be in effect.