Editorial: On the wings of the ‘dragon’ 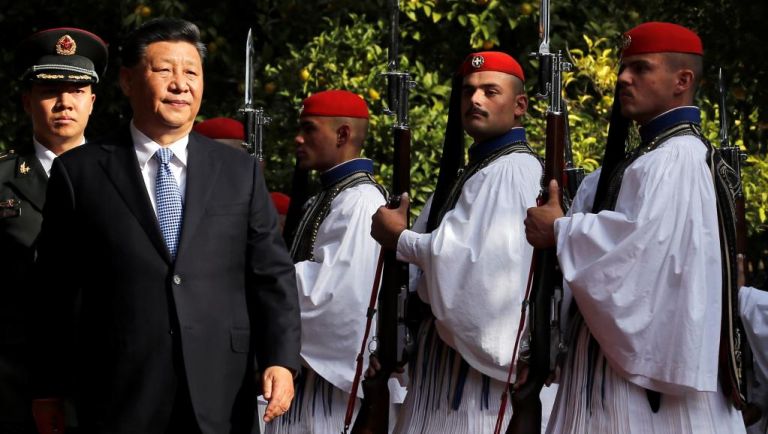 Substantial opportunities and significant prospects are opening up for Greece with the emblematic upgrade of its strategic relationship with China which peaked with the visit of Chinese President Xi Jingpin to Athens.

It was one of the rare instances in which the visit of a leader of a great power was not limited to conventional niceties or hollow and vague promises of investment in the future.

Instead, it was marked by important agreements.

For that reason the visit of the Chinese president will not be remembered for the closing of roads for security reasons and traffic mayhem in central Athens, but rather for the fact that it made news.

This development is not the result of chance or coincidence. It is the result of careful and meticulous planning for this meeting by both sides and comes on the heels of Prime Minister Kyriakos Mitsotakis’ visit to China just last week.

Bolstering the Chinese presence in Greece is for Beijing a long-term strategic choice of great importance which began with the investment of Cosco.

Since 2005, China has invested 7.5 billion euro in Greece which is more than any other country.

This strategic choice was confirmed by the signing of 16 agreements – on which To Vima first reported – which span the entire spectrum of economic sectors: energy, banking, food, and tourism.

Indicative of Chinese interest in the Greek economy were the discussions during a working lunch between the the Deputy Economy Minister competent for the banking sector, Yorgos Zavvos, and Chinese bankers and investors.

One result of the meeting is the fact that the Bank of China, which has acquired a permit to operate in Greece, has discerned major investment opportunities in the banking sector and the Greek economy more generally.

Moreover, Greece and China agreed to an investment of 600 million euro by Cosco Shipping in the Port of Piraeus, bolstering its role as a major commercial transport hub between Asia and Europe.

One should note that as regards relations with Greece the Chinese as part of their planning to expand the “southern sea corridor” have dubbed the Port of Piraeus as “the head of the dragon”.

All of the above constitute a vote of confidence in Greece which could act as a catalyst for a concrete investment interest of other large countries – mainly European – which until now have limited themselves only to verbal expressions of interest.