Editorial: Multiple responsibilities for the shame of Moria

Under the current regime those applying for asylum (the vast majority of migrants) must wait for at least a year-and-a-half for the procedure to commence. 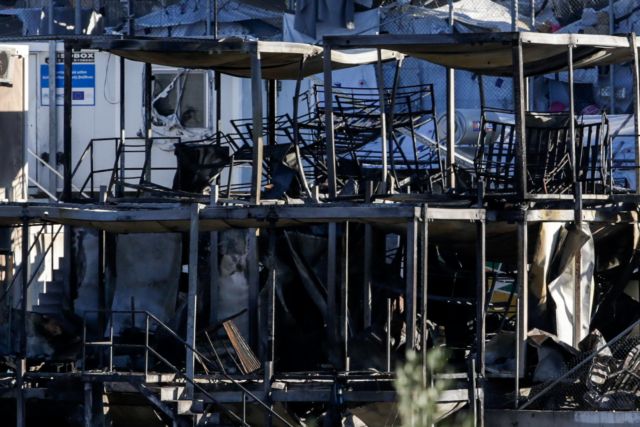 The latest tragedy in Moria did not come out of the blue. \

It was well nigh unavoidable since everyone knew that a camp that was designed to house 3,000 people now has 13,000 people living there.

Clearly the situation is out of control after the recent hike in refugee and migrant flows.

There is a similar situation in nearby Samos where a camp built for 600 people now hosts 5,500 refugees and migrants.

Under the previous SYRIZA government the situation was allowed to spin out of control in island hot spots.

Yet the current government was also unprepared to handle the situation that it confronted and now it is rushing to avert even worse events.

The measures that were announced yesterday are in the right direction as long as they do not become mired in the usual Greek bureaucratic red tape or even worse in the labyrinth of European political balances.

It is obvious that Greece and other frontline states cannot single-handedly shoulder the burden of the flows of refugees and migrants who seek salvation.

France and Germany appear disposed to offer assistance as their competent ministers will be visiting Greece and Turkey in the coming days but good intentions no longer suffice.

It is unacceptable for EU countries to refuse to accept even a few hundred migrants and to exhibit total indifference.

Greece should assume its share of the burden in ensuring basic and proper living conditions for a certain span of time.

Yet, it cannot assume the entire burden of caring for all the masses of persecuted who seek a way out.

Moria and other such hot spots obviously must be decongested and humanitarian conditions must be ensured.

The March, 2016, EU-Turkey Statement on migration that was agreed to by the SYRIZA government includes a trap, a provision that must be revised as soon as possible.

It is unacceptable that all those who reach the Aegean islands to remain there until their asylum applications have been processed, as the agreement stipulates.

Under the current regime those applying for asylum (the vast majority of migrants) must wait for at least a year-and-a-half for the procedure to commence.

That has resulted in the current chaos in Moria and in almost all the Northern Aegean islands and the Dodecanese.

The revision of procedures that was announced yesterday will somewhat help the situation but it will not dramatically improve it.

The internationalisation of the problem and constant pressures on the EU is the only way if we are not to experience even worse conditions than the recent tragedy.