In the case of Mr. Tsipras’ government which came to power in 2015 in the midst of a great economic crisis things were worse. 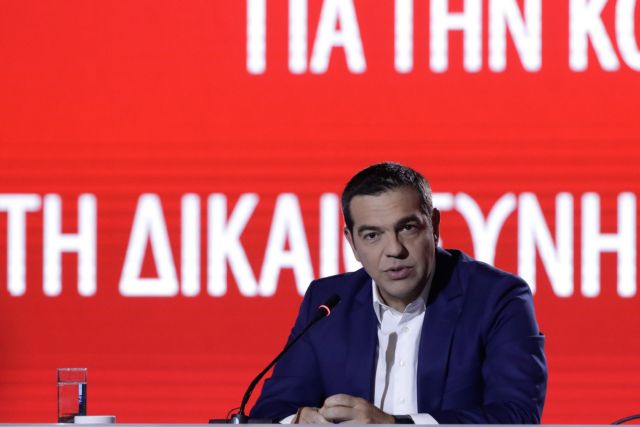 It is widely known that Mr. Tsipras, his party, and the Left in general did not have experience in governance.

It was limited to local government but that was obviously not enough to offer comprehensive knowledge and understanding of the complexity of the job.

The only notable contact with true management of the problems of the country was fleeting with the Tzannetakis government in 1989 which continued as an ecumenical government under Xenophon Zolotas in the beginning of 1990.

That government which lasted only a few months offered little as it was formed in conditions of polarisation and division.

By some accounts participation in the government under those conditions aggravated rather than calmed the conspiratorial theories that left-wing parties traditionally embraced regarding the governance of the country.

In the case of Mr. Tsipras’ government which came to power in 2015 in the midst of a great economic crisis things were worse because the particular left-wing factions had been built on myths and had simplistic approaches to problems.

Most in Mr. Tsipras’ inner circle thought things were simple. Power alone sufficed and the emergence of left-wing managers it was believed could bring an economic spring and restore society’s lost prosperity.

That simplistic approach emanated from a false view of institutions.

They believed that institutions were made to serve bourgeois political forces and their supposedly pernicious designs.

Based on this great delusion the government from the start used institutions as a means to achieve its ends.

That is why the government issued endless denials in the first six months of 2015. The results are well known.

In the ensuing four years the government was characterised by its lack of experience, of an understanding of the conditions, and by its self-confessed delusions and illusions.

Only after the 7 July elections did SYRIZA attempt a half-hearted self-criticism.

There are whispers about excesses in the judiciary, about deviations in the media, about tax and economic measures that canceled each other out, about degradation, about a limited approach to ecology, and about unilateral moves in handling interests.

Some are beginning to understand that politics are obliged simply to set the rules and not to skirmish or make deals with vested interests.

\Still, the dialogue is conducted with whispers and does not proceed normally as the conditions that emerged on 7 July mandate. Crucial and definitive commitments are not being undertaken.

It seems that Greece’s travails have not taught us a lesson.

That is why Mr. Tsipras and his party cannot persuade people that they stand for change, reconstruction, a refounding, as well as evolution and enlargement.

If they want to remain the main opposition and to emerge as a true alternative they must boldly admit their errors and omissions and clearly define their targets and capabilities.

They must clearly state their faith in institutions and the will to defend them, and take a completely different stance on the great challenges that the country faces.

If they return to their delusions and passions and if after so much experience they remain hostile, unilateral, and unjust they will not have a good fortune.

They will simply fall into the dustbin of history as have so many others who saw the trains of opportunity pass them by.