‘We have a prime minister whose goal is to bring about more investment and growth…we want to provide technical know-how in the agricultural sector,’ Rutte said. 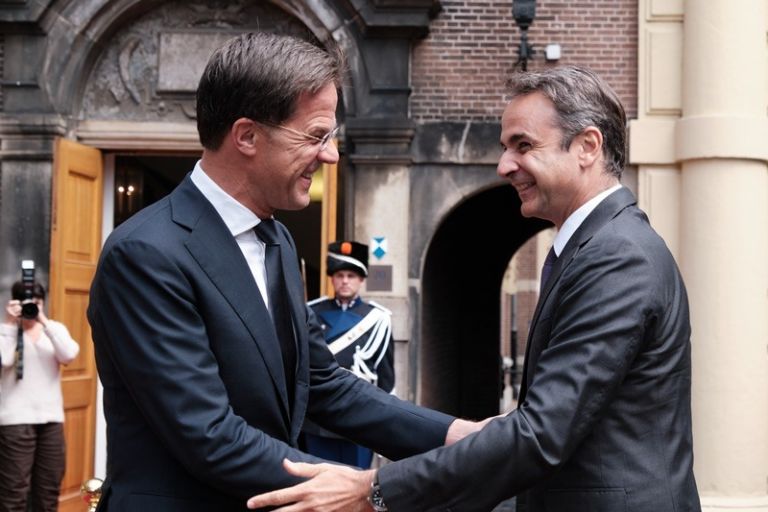 During the decade long Greek economic crisis The Netherlands was among the strictest critics and most demanding partners of Athens.

With Greece’s exit from last bailout memorandum and the election of a conservative, pro-business government led by PM Kyriakos Mitsotakis – and after the Greek PM’s talks with Dutch Prime Minister Mark Rutte – it appears that the ice has begun to melt swiftly.

Rutte said that the two countries were working closely together in the EU, NATO and the UN and were «important economic partners».

He said their talks had covered the problems of the region including migration, but «had mainly focused on how to bring about economic growth in Greece» as the Athens News Agency reported.

«We have a prime minister whose goal is to bring about more investment and growth…we want to provide technical know-how in the agricultural sector. The Netherlands is already active in Greece and we will discuss how to support structural reforms in this sector. We want to help and we both have a common interest,» the Dutch PM declared.

«After 10 years of crisis, Greece is broadening its horizons, and we do not forget that Europe stood by our side,” Mitsotakis said.

The PM underlined that the EU must also contribute to the protection of the borders because Greece’s borders are also the external borders of the EU.

«The Netherlands is a special ally. It is a pioneer in economic diplomacy, from which we have much to learn, and we look forward to our cooperation so that the foreign ministry can also benefit from its experience,» he noted.

«We want to open Greece’s door to foreign investments because they bring new jobs to our country, and will bring back the thousands of skilled Greeks that today prosper outside our borders, while many live and work in the Netherlands,» the Greek PM said.

«We talked about the need for a single European asylum policy, especially among the countries in the Schengen Area. I do not forget that the EU-Turkey Joint Statement was achieved under the Dutch Presidency [of the EU]. Greece will do its best to intensify the return of migrants to Turkey and at the same time ensure humane living conditions for those who remain in our country,» Mitsotakis underlined.

The Greek PM was clear about Athens’ desire for economic cooperation with The Netherlands in the context of Greek structural reforms.

He said he seeks a programme that has comparative advantages and includes the obvious synergies between the Greek and Dutch economies such as the agrifood industry, where the Netherlands has innovative technology.»

Mitsotakis underscored that the EU «must also ensure that refugees are distributed fairly throughout the member states.»

«There can be no countries that enjoy the benefits of joining the Schengen area without also assuming part of the responsibility for managing the refugee issue,» Mitsotakis said.